A decade of growth for United Tools Bayswater

A decade of growth for United Tools Bayswater 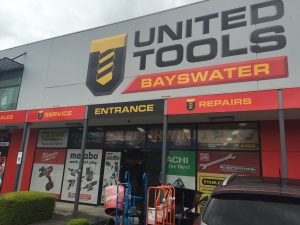 Dominic Menei bought United Tools Bayswater just over 10 years ago and in this time he has moved, extended and grown his business extensively, with up to five new customers visiting the store every day.

Dominic admits the industry is tough and with three competition stores located in his local area, on the outer Eastern suburbs of Melbourne, he ensures his customers keep coming back to the store by continuing to offer good old fashioned service.

“We try to make sure we remember regular customers’ names. We also offer great service as we have two full time mechanics working at the store, so not only do we sell the product, we  service our products as well, and take care of all the warranties,” Dominic said.

“We have a lot of local tradies that come in and ask us to put a lead on something straight away and we say ‘just go and see Steve our mechanic’ and he sorts it out for them and gets their request done. I think that this definitely helps to maintain customer loyalty,” he said.

Dominic currently sees the market as being divided three ways, with one sector being the big boxes, one sector being on-line stores and the final sector consisting of the independents, who strive to offer good personalised customer service.

“Some customers buy online, as well as shop in the big boxes. I have also noticed our competition seems to be going along the same retail style as the big boxes. I prefer to keep doing what we have been doing for years because many of our customers come in and they really don’t know what they want. We always ask them if we can assist them in any way. When they tell us what they’re looking for, we follow up by asking what they’re using the tool for, so we can guide them to the right one,” he said. 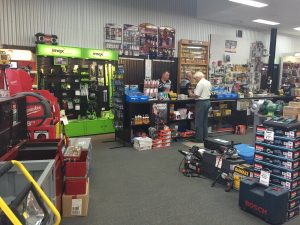 e a reality after a former warehouse became available beside the store, so in 10 years Dominic grew his store from an original 110 square metres to 750 square metres.

As a former boiler maker/metal fabricator, Dominic bought the business, which was originally bannered Bayford Power Tools, even though the store was still part of the United Tools group.

“When I took over in 2005, I changed the name to United Tools Bayswater and re-painted the front of the shop in the United Tools colours,” he said.

The local area is a mix of residential and industrial, with the store’s customers consisting of 70 per cent from the building industry, 25 per cent in the engineering and fabrication industry and five per cent serious DIYers .

“The store has certainly achieved a steady increase of sales over the last 10 years, particularly after moving to the new store in November 2011,” he said.

The primary customer base at United Tools Bayswater, mainly consists of builders, carpenters, plumbers, electricians, all located in a strong trade area, in the outer eastern suburbs.

Dominic said he believes current trends in the market are leaning more towards cordless tools and lasers, particularly considering lasers have now come down in price, so it seems more tradies are able to afford them.

“In lasers you might have a cross line as well as a rotating, but years ago if you were buying a laser, you had to either save your pennies or have a very big job to buy a laser,” he said. 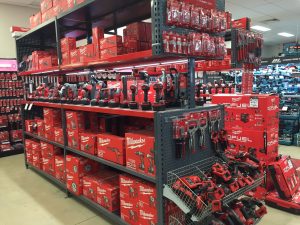 Dominic said that although it is important to maintain a store’s marketing by sending catalogues directly to customers, the crucial way to ensure a business maintains its good name and on-going sales is by stocking premium brands.

“We do ensure that we send out catalogues directly to our customers, but the main thing we do is stick with the premium brands – such as Festool. You can buy a Makita saw for $279 but customers will pay $999 for a Festool saw. This is because they are paying for the longevity and the accuracy and it does a lot more than what a standard saw would do,” Dominic said.

“It seems a lot of independent retailers are bringing in their own products from China. So they will take a product to China and ask to have it made and re-sell it here, but they are not the quality of the premium brands that we sell.”

“We don’t sell anything other than a premium, well-established brand. We get more customers every day and we probably average four to five new customers a day which is from a combination of word of mouth, good customer service and selling quality products,” he said.