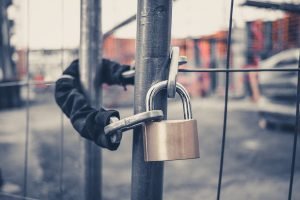 Home building site theft has risen substantially as timber shortages and building material prices continue to increase. Hard-to-get items are now hot property for thieves, especially with the cost of building materials souring between 10 to 20 per cent over the past 12 months, a recent Domain report has revealed.

Master Builders Association of Victoria recently reported that thefts have increased “dramatically” over the past few months in regional cities, including Ballarat, Bendigo and Geelong, with sites in Gippsland also being hit.

A particularly brazen theft occurred in Wandana Heights in Geelong on October 20, when a $14,000 fibreglass pool was stolen after it was placed on the back of a truck.

According to the report, the thieves were caught on CCTV when they made off with the slate-coloured, seven-metre-long pool.

“Theft from building sites has always been an issue but with supply chain shortages there has been a spike. The main thing we are hearing about is timber. It has become a hot item because it is difficult to get your hands on and it is expensive,” Mr Mosley said.

MBAV members have reported seeing loads of timber delivered to sites and pilfered shortly after, throughout the year, with copper thefts from hot water services, as well as recently installed whitegoods also being reported, according to Mr Moseley.

“There may be some desperate builders needing materials to finish a job. It really is a dog act to steal from a building site because what they are doing is stealing from working families and from small businesses,” he said in the report.

Western Australia-based PACT Site Security Director Craig Pages-Oliver also said there had been a significant rise in thefts this year from the company’s clients – up 60 per cent compared to two years ago.

“It has definitely increased over the past two years,” he said.

The company has now been forced to place GPS trackers in timber and other goods to find where stolen building materials are being taken, particularly around the areas of metropolitan Western Australia, Bunbury, Busselton and Dunsborough, near Margaret River.

Mr Pages-Oliver said some thieves were stealing the property to sell for cash while others were taking the goods to finish jobs.

Queensland housing estates have also seen a rise in thefts, particularly around the Sunshine Coast. Last month Queensland Police reported that thieves had cut padlocks and jimmied open doors to steal items ranging from hammers to hot-water services at housing developments. Most thefts occurred at the Nirimba and Baringa housing developments, while others had occurred at Bokarina Beach, Bli and Birtinya, according to the report.

Master Builders Association of Queensland Deputy Chief Executive, Paul Bidwell said he had heard of timber thefts from building sites but said there had not been a sharp rise in insurance claims.

He said he is expecting more thefts over the Christmas break as building sites are left unattended.

“Given the shortage, particularly of timber, I know builders are being more circumspect about how they manage their sites,” Mr Bidwell said.

The MBAQ are currently advising members to secure their building sites and vehicles, by organising regular security patrols and installing CCTV cameras.