Bunnings Traralgon, east of the Latrobe Valley in the Gippsland region of Victoria, has been blockaded by Gippsland timber workers, who are protesting Bunnings decision to end purchasing Victorian native timber products.

Four logging trucks are parked at the store with about 20 protesters, one truck parked directly in front of the stores entrance.

According to a report on www.abc.net.au the Construction Forestry Maritime Mining and Energy Union (CFMMEU) has accused Bunnings of caving to pressure from environmentalists.

“Workers and communities that depend on the timber industry are sick and tired of being victimised by large multinationals who think it’s okay to import forest products from unsustainable forests overseas,” Mr O’Connor said.”They import timber products from forests from other countries where the harvesting practices are a disgrace.”

He said Victorian forestry standards were higher than neighbouring countries which supplied timber to the Australian market.

The www.abc.net.au also reported Bunnings rejected suggestions it would replace Victorian timber products from overseas suppliers and said it expected to source much of its replacement stock in Australia. 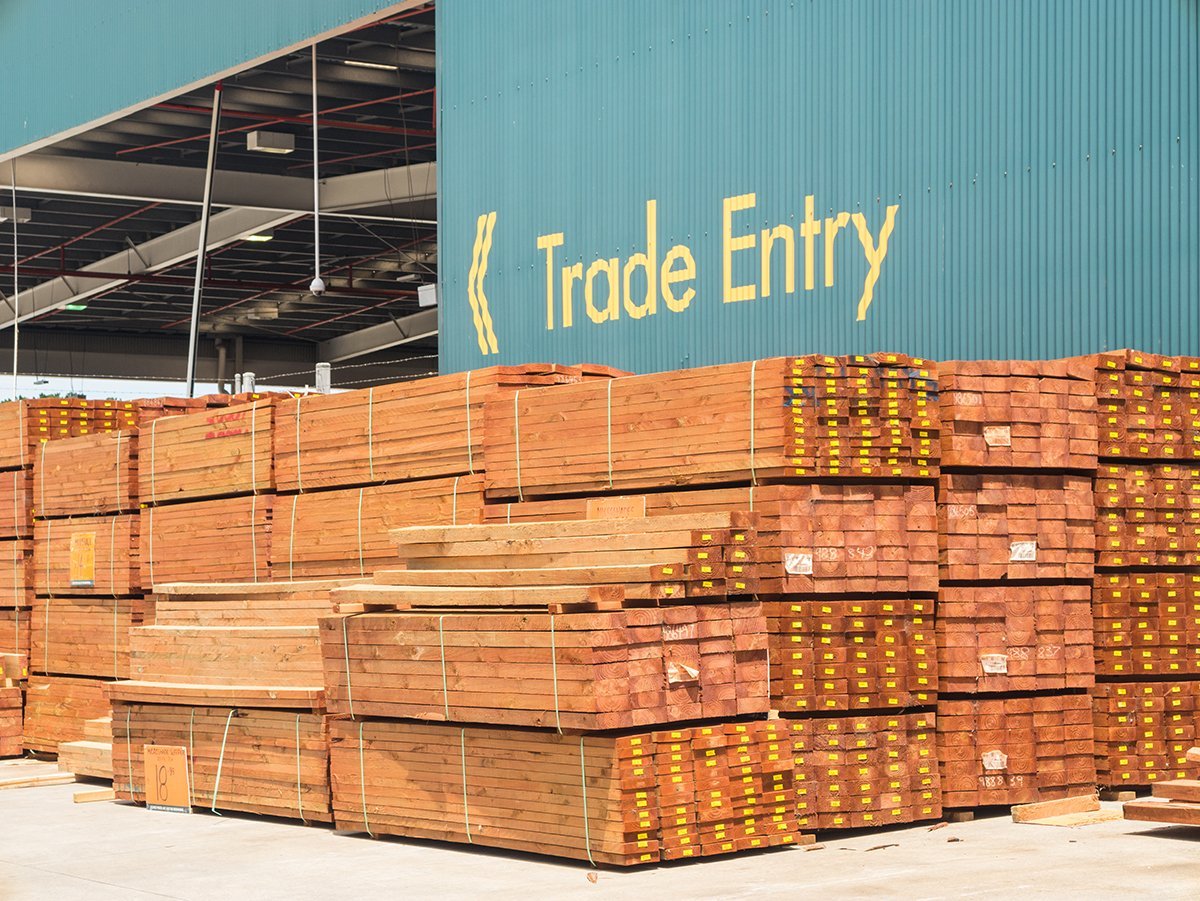 The company said it only sourced a small portion of VicForests’ harvest and it was working with its suppliers to minimise the impact of its decision.

Bunnings merchandise director Phil Bishop said the company was aware of the protest and was working with police to ensure customer safety.

“While we only sell a small portion of VicForests’ total harvest, we acknowledge some in the community are concerned about the industry,” Mr Bishop said.”We are working closely with affected suppliers to establish transition plans that minimise potential impacts and during this time we’re continuing to accept timber from stock that is already harvested.”