Celebrating ‘Australian Made’ with a splash of paint 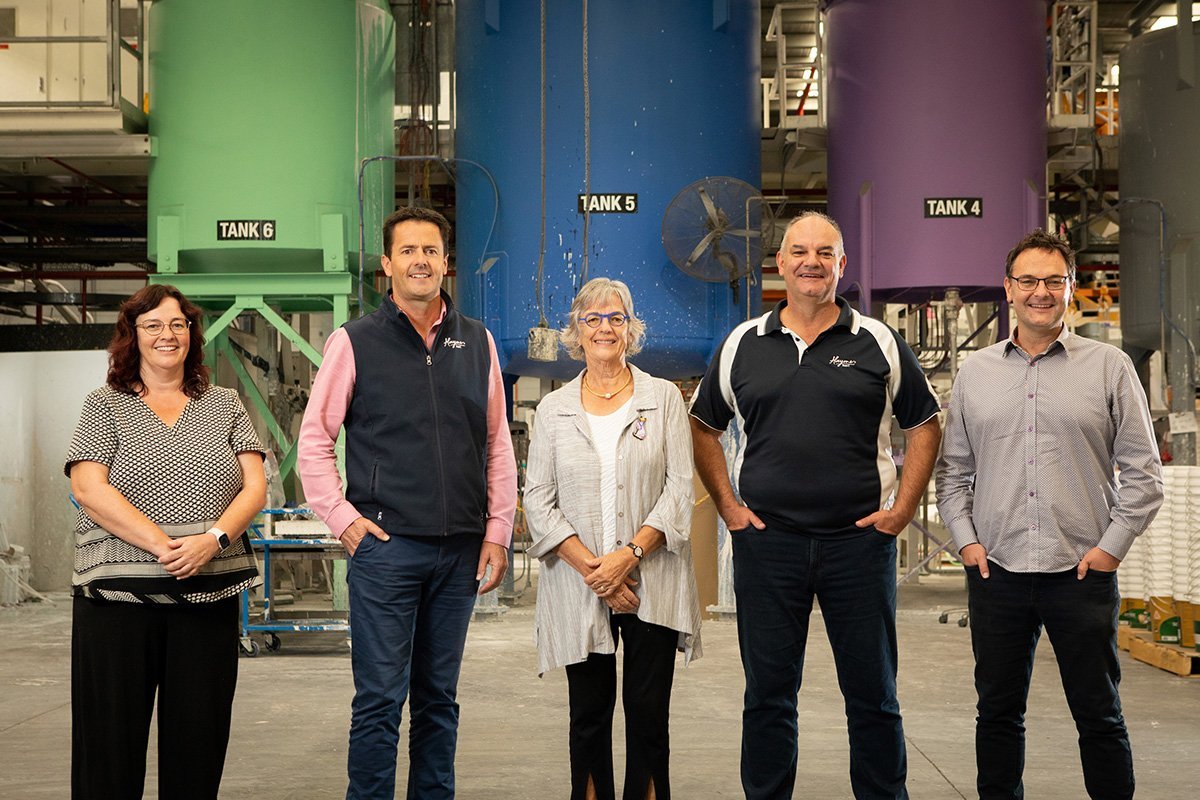 Haymes Paint is encouraging all Australians to get behind local manufacturers, producers and growers this year, as it proudly supports Australian Made Week 2022.

Haymes Paint prides itself on not only manufacturing its products locally, but also being the largest, 100 per cent Australian made and owned paint manufacturer.

Celebrated from June 6 to 12, Australian Made Week supports Australia’s local makers and growers by encouraging shoppers to stop and think about where the products they buy are made.

“We absolutely love Australian Made Wee, as it goes right to the core of what our business stands for,” Haymes Paint Director, Matt Haymes said recently.

“Supporting local manufacturers and producers has so many benefits for our communities and is so important for our country. Not only does it create jobs and boost the economy, but Australian-made products are some of the best in the world.”

“I have a simple saying: if something is of high quality and made right here in Australia – why wouldn’t you support local? We encourage all shoppers to ask themselves this during Australian Made Week and into the future,” Mr Haymes said.

It has already been a significant year for Haymes Paint which has achieved many milestones that demonstrate its commitment to its Australian roots.

In April 2022, Haymes Paint opened its new, flagship store in its hometown of Ballarat – the first store of its kind in Australia. Haymes also announced a $40 million investment over five years into various areas of the business, including its new flagship store, research and development, head office, and manufacturing, which takes place right here in Australia.

In February this year Haymes also launched its nation-wide ‘Paint on Australia’ campaign, which encouraged the public to celebrate and embrace what it means to be uniquely Australian.

Haymes Paint Chief Executive Officer, Rod Walton said, “As Australia’s first family of paint we did not have to think twice before throwing our support behind Australian Made Week 2022.”

“We are often told by our customers that they choose Haymes Paint not only because of its quality, but because it is manufactured right here in Australia. This year, we encourage all Australians to stop and consider where the products they are purchasing are made and grown. And, of course, when in doubt – look for the classic green and gold ‘Australian Made’ logo,” Mr Walton said.

Haymes Paint was born in the Victorian town of Ballarat, founded by Henry Hames in 1935 with a single shopfront. The business, currently in its third generation of family ownership, has maintained its head office and manufacturing in Ballarat.

Haymes Paint’s influence on Australian communities continues to grow and now boasts 56 Haymes Paint Shops and 34 PaintRight stores across the country – and more on the way.