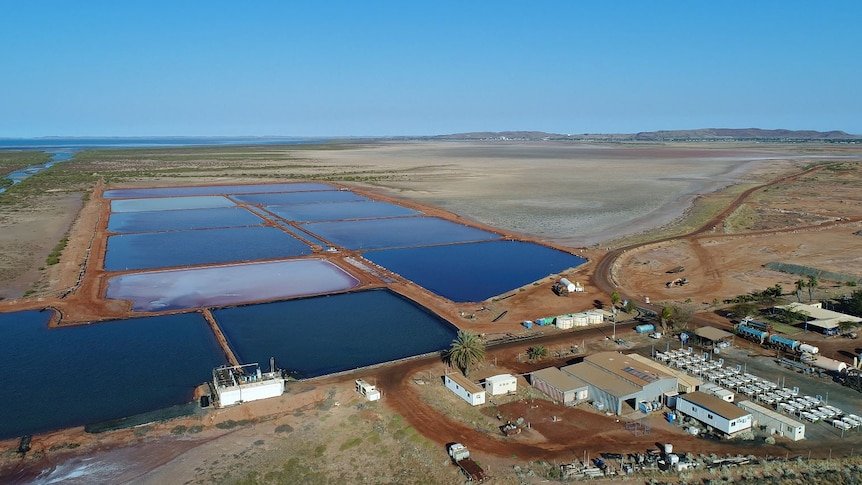 EcoMag CEO, Tony Crimmins, believes that if the company is successful in commercialising a plasterboard product to reduce carbon, operations in Karratha would increase ten-fold. (Image source: www.abc.net.au)

Australia’s carbon footprint may soon be transformed into homes and office buildings as Australian chemical company, EcoMag, sets its sights on turning waste into plasterboard.

Using waste from the Pilbara’s salt industry, EcoMag plans to extract magnesium from the waste for use in industrial, environmental and pharmaceutical applications, a recent ABC report has found.

Working closely alongside the University of New South Wales (UNSW) School of Chemical Engineering, EcoMag will transform the magnesium and carbon sequestered from the Pilbara’s resources industry, as well as agricultural waste such as pine and straw, into plasterboard.

“We believe that the future of all products that are made will be governed by the carbon footprint. And if we can actually make the products that have low carbon footprints using our materials, we are opening up markets that are future-protected for CO2 generation. It is an amazingly obvious idea to take CO2 and put it into our process,” Mr Crimmins said in the report.

UNSW Associate Professor, Jason Scott said that surprisingly sequestering carbon into plasterboard using three different waste streams is not as complicated as it seems and wonders why it has never been attempted until now.

“It is such a simple process and it is an easy way to capture and value add to say, carbon dioxide emissions, using multiple waste streams – not only CO2 but your waste bitterns stream and if we integrate it in with some form of agri-waste then you have got a third waste stream,” he said in the report.

“I think that is actually something which is quite unique to the process that we are looking at developing. Sometimes we overlook that simplest is often the best, and the reality is that simplest is probably best in terms of producing a commercial product.”

“Given that it is such a simple process and it utilises multiple waste-streams, and it is very current and very relevant to industry and the needs of society moving forward … it is very exciting in that regard,” Mr Scott said.

Early discussions with Australian companies on the low-carbon plasterboard were already underway, according to Mr Crimmins, with shareholder interest in companies actively participating in carbon sequestration projects remaining high.

“It is not something they are doing lightly – they want to do it in a ‘real’ process. [The companies] are very inquisitive to make sure that the project that we have actually has carbon going into it and it can be stored for a long period of time.”

Although it may be many years before the plasterboard is placed on the market as a building material alternative, Mr Scott said EcoMag and UNSW scientists were already in the prototype phase of their work.

However, even though the product may be produced fairly quickly, Mr Scott said it will take time for the product to be commercially acceptable and this acceptance will play a big part within the construction industry particularly.