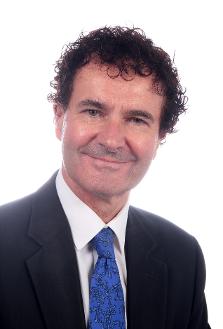 As frustration over labour and material shortages increases for New Zealand businesses, some are now looking to move to Australia to seek better opportunities, according to a recent Newshub report.

Mr Alexander said concerns were focused around three things: Government regulations, lack of Government consultation when they make changes – and the lack of a plan for how the economy will reopen, according to the report.

Now with quarantine-free travel from the South Island to Australia resuming from October 20, the Australian economy is opening up and is considered to be a positive alternative for kiwi businesses.

“Businesses are extremely frustrated… businesses with top people [who] can relocate are going to start going to Australia,” Mr Alexander said in the report.

After nine weeks of alert Level Four and Level three, Auckland’s prolonged lockdown was extended a further two weeks from October 20, combined with split alert levels for the rest of the country. This is having a bigger impact on business activity than previous lockdowns, according to the report, with the 2020 nationwide lockdown only lasting seven weeks from March 25 to May 13.

In the commercial sector, “overcommitted suppliers and subs” resulted in “big delays, poor productivity and cost overruns.” Another reported “massive shortages in materials”, from timber and steel, to more simple items, such as silicone and gib. Businesses involved in residential property reported supply and demand issues, buyer FOMO and low listing numbers, according to the report.

Businesses are now facing extreme cost pressures according to Mr Alexander who said there is still a lot more inflation still to come through. And as businesses put up prices, supply chain issues ultimately affect consumers as it is harder to shop elsewhere, he said in the report.

“Normally we would go online and look for an alternative… but the alternative is going to take six months to reach us,” Mr Alexander added.

According to the report, those price increases will be reflected in higher wages – and survey results show plenty of evidence of salaries going up.

“Salaries offered as increases, people demanding higher wages and salaries… there is a paid response happening out there,” Mr Alexander said.

The current bargaining position for staff is the strongest in New Zealand in over four decades Mr Alexander said, and those who could not get a decent wage increase this year, next year or the year after may be wise to consider changing jobs.

Further detail, including comments from businesses across each category can be found in the Tony Alexander business survey, available at www.tonyalexander.nz