Australians may have hit peak toilet paper hoarding but signs are growing they are now buying home office equipment and DIY products, in preparation for months of movement restrictions, according to a recent Sydney Morning Herald report.

Data compiled by both the ANZ and Commonwealth Bank, gleaned from its network of credit and debit cards and EFTPOS machines, suggest the worst of the surge in shoppers clearing out the tinned tomatoes and pasta aisles of supermarkets may be over.

The Commonwealth Bank found spending on household furnishings and equipment jumped 26 per cent, while alcohol sold through bottle shops soared to be 86 per cent higher over the past week compared to the same period last year, according to the Sydney Morning Herald report.

“It looks like a significant proportion of households also plan to do some DIY work, maintenance and repairs around the house over the enforced shutdown period,” Senior CBA Economist Gareth Aird said.

The ANZ also observed a 29 per cent jump in hardware, building and garden supplies in a sign people are preparing to use their self-isolation to engage in some work around the backyard deck and vegetable patch. 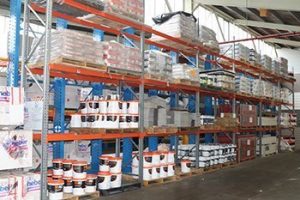 ANZ economists Adelaide Timbrell and David Plank said it appeared people may not have much room left in their kitchen pantries or cupboards.

However, consumers are now finding things to purchase and it seems the hardware sector is one of those target markets currently, according to the report.