Stamp duty relief for first-home builders, increased apprentice opportunities and a long-term plan are just some of the policy platforms industry peak bodies are looking to – ahead of next month’s state election – in an effort to sustain the residential building boom.

According to the Housing Industry Association (HIA) between 6500 and 8500 new homes were built in South Australia annually for the past 30 years. However, the HomeBuilder scheme has resulted in 11,278 new builds in 2020 alone with this number expected to hit a record when 2021 figures are finalised in coming weeks, according to a recent InDaily report. 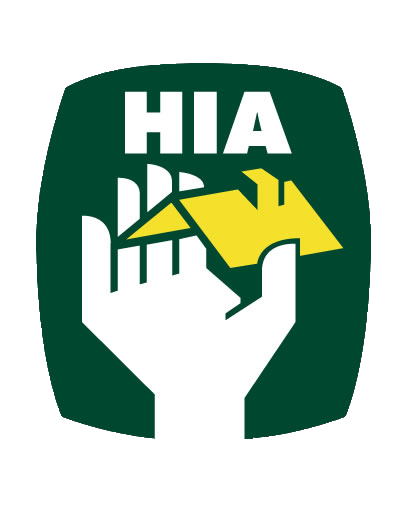 HIA South Australia Executive Director Stephen Knight said there are more opportunities to capitalise on the recent boom with strategies that enabled a new baseline figure of 9000-10,000 homes per year followed by further year-on-year growth. Such strategies include working with the State Government to ensure social housing projects could be scheduled for construction to coincide with a drop off in private dwelling builds, according to the report.

“Our industry has got plenty of work so we cannot really complain but we want to keep that going. We would like a long-term plan for housing so rather than being a consequence of a strong market we want to be a driver,” Mr Knight said in the report.

The HIA is also calling on the government to adopt strategies to rapidly grow the state’s population to at least match the pre-COVID national growth rate.

“Until recently, South Australia struggled to compete with interstate rivals for new immigrants, however, the COVID crisis has shown that people are now looking at our state with fresh eyes. Now is the time to take advantage of this and immediately implement strategies to encourage and support new families and workers to our city and regions,” he said in the report.

Currently South Australia has more than 50,000 people employed in the residential construction industry according to the report, and of those, there are about 6500 industry apprentices in South Australia with the HIA and Master Builders Association, each employing about 130 apprentices.

The 10-year Torrens to Darlington Road project would require 3000 construction workers from 2023, according to Mr Knight, peaking at 5000 in 2026, with a significant number of workers recruited from the residential and commercial construction sectors. This would also put pressure on apprentice numbers and require increased investment in training places, he said.

“That is going to leave a shortfall for us – it is a great project for the state but we have already got a labour shortage and that is going to make it worse,” he said.

The HIA and MBA South Australian branches are calling for incentives for people to build houses in regional parts of the state, particularly skilled migrants from overseas or interstate, with the MBA’s policy calling for a $10,000 grant from next year for people building homes in regional South Australia. The report also stipulated that it wants a trial stamp duty exemption for first home buyers next year on new builds up to the median house price and a temporary 12-month stamp duty exemption for investors who build new homes up to the median house price.

“A regional home building incentive will help South Australians who want to enter the market for the first time remain in their region as well as the local construction industry which provides important jobs and apprenticeships. This will also support the regional building and construction industry from 2023 onward, once the effects of the HomeBuilder grant have subsided.” the MBA policy platform says.

MBA South Australia Chief Executive Officer, Will Frogley said the organisation’s calls to provide lessons for apprentices yet to attain their driver’s licence had been met with bipartisan support.

He said the strength of the industry throughout the pandemic had made it “crystal clear how vital a strong building and construction is for South Australia’s economy”.

“Master Builders’ policies will ensure this building led fightback continues whilst improving housing affordability, boosting social infrastructure and skilled careers. To build the homes, offices, sporting stadiums, shopping centres and so on of the future we need to build a hi-viz army today,” Mr Frogley said in the report.

The MBA also wants increased investment in social housing as well as further government spending on ageing community infrastructure such as sporting clubs and regional health facilities, while its apprenticeship policy calls for more opportunities for females and disadvantaged youths.

But perhaps the most glamorous of its policies is a call for $100,000 in funding to reinstate its locally produced Building Ideas television show, which was axed following budget cuts in 2019. The MBA stated in the report that it would match the funding to bring the show back, with the program previously run partly on an annual state government grant of $88,000.

“Similar to the amazingly successful South Aussie with Cosi, this show was uniquely South Australian and allowed South Australian building companies to feature and promote the local industry. In an era when South Australian businesses are competing against interstate and, more often, cheaper overseas businesses, showcasing local talent, workmanship and enterprise is important,” the MBA’s policy document said.