Auswest Timbers Managing Director, Gary Addison, was planning to send $3 million worth of logs to China. However, after trade tensions with Beijing continued to grow, Mr Addison has now set his sights on India as a new market, according to a recent ABC news report.

Timber has now become the latest Australian product to be impacted by Chinese trade sanctions aimed at Australian exporters. In early January, a ban on timber exports from other parts of Australia was extended to Western Australia and New South Wales, after claims were made that pests were found in shipments, according to the report.

In Western Australia, Mr Addison’s company is one of the worst affected and he is now scrambling to source a new overseas home for his timber.

“We are 100 per cent reliant on China for our log exports,” Mr Addison said.

As a result of China’s crackdown on Australian timber hundreds of jobs have already been lost in South Australia and Tasmania.

Mr Addison said he will try to sell the logs locally if he is unable to secure an international deal. However, the move would come at a heavy cost for the company, and result in some job losses further down the chain, according to the ABC report.

Mr Addison has now set his sights on securing a deal with India as there are no indications that the suspensions with China will cease anytime soon. India is also said to be a country flagged as a potential market for West Australian timber in the near future, according to the report.

“India seems to be stepping up as an alternative. We have tried a few other Asian countries but that has not been successful,” Mr Addison said in the report.

The Federal Government recently backed strengthening partnerships between Australia and India, when Trade Minister, Dan Tehan said there were big opportunities for Australia to bolster its relationship with India.

“India is a great friend of Australia and further strengthening the trading relationship between us will be mutually beneficial,” Mr Tehan said in the report.

The good news is Western Australia’s Forest Industries Federation Executive Director Melissa Haslam said the state’s broader industry should not be hit too hard by the ban because not a lot of Western Australia timber was sent overseas.

“We have got big processing facilities here, we can use most of our logs domestically and we have got great local demand,” Ms Haslam said in the report. 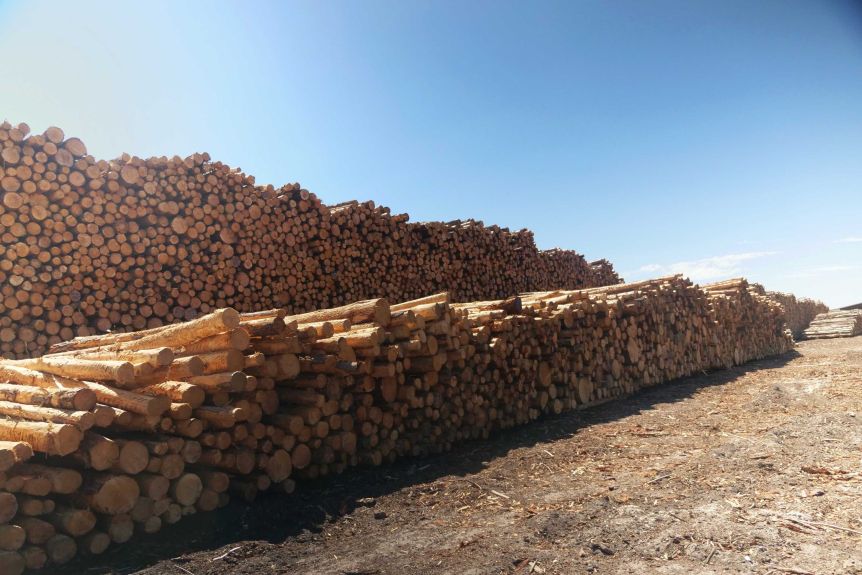