Seven Group Chief Executive Ryan Stokes is in line to become chairman of Boral after the conglomerate, controlled by his father and billionaire Kerry Stokes, won control of the construction materials firm, handing it the power to accelerate a come-back of its core Australian operations, according to a recent report by The Australian.

The Seven Group boss won absolute control of Boral on July 15, promising to maintain a board with a majority of independent directors.

Mr Stokes is expected to replace Kathryn Fagg as Boral chair, and also Seven Group CFO Richard Richards will be reinstated on the board together with a possible third director role.

Seven Group first bought into Boral just over a year ago when it bought a 10 per cent stake. This stake hit 52.7 per cent last week, including a three per cent equity swap, which has triggered an automatic two-week extension to Seven’s $7.40 a share offer, according to the report.

The extension is targeted at offering minority shareholders the possibility to accept the bid now that control has passed.

The battle to gain control over one of Australia’s oldest manufacturers has demonstrated how the 80 year-old billionaire maintains the corporate influence and willingness to challenge underperforming companies. The expected promotion of his son Ryan, as Boral chairman, additionally sees a changing of the guard in the Stokes family.

Ryan Stokes has split his corporate job in between the family’s jewels of both media and the Seven Group conglomerate.

He joined the board of Pacific Magazines in 2002, designed the Yahoo! 7 joint venture and also worked alongside his father on its $4.1 billion reverse takeover of West Australian Newspapers in April 2011.

Seven Group, where Mr Stokes has been Chief Executive since 2015, has thrived in recent times with significant moves to buy out of Coates, sell WesTrac China, while also becoming Beach Energy’s biggest shareholder. It made its move on Boral after a string of profit downgrades under previous boss Mike Kane, handing it both direct exposure to an infrastructure-led recovery from the pandemic, and influence on the future direction of the company.

The original $6.50 share takeover offer would never have tempted Boral’s board after being pitched at a nil premium to its share price at the time. Seven conceded it would be happy owning about 30 per cent of Boral yet modified its bid on numerous occasions and now has majority control.

There is growing rumours that Seven will press for faster change at the company it now controls.

“Given the more than 50 per cent ownership it is likely a Seven Group representative will be appointed chair of the board in time,” Macquarie analysts said in the report.

Boral’s board will encourage shareholders to turn down Seven Group’s offer, which at $7.40 goes to the bottom end of the independent specialist’s series of $8.25-$ 9.13 per share, also as it conceded its greatest investor now had the power to call the shots.

“Seven Group will be in a position to cast the majority of votes at a general meeting of Boral. As such, Seven Group will be able to control the composition of the Boral Board and influence Boral’s dividend policy, the composition of Boral’s management and the strategic direction of the businesses of Boral and its subsidiaries,” Boral said in its target’s declaration.

Bulk ownership can now see Boral proceed with a sale of its US fly ash organization as Boral weighs a prospective joint venture, strategic alliance, sale to a third party or retaining the business. Rebooting its mainstay Australian unit could also be fast-tracked as part of the ownership shift.

“It appears more likely that Boral will dispose of its fly ash business in the US, given Seven Group’s commentary around focusing on a turnaround of its core Australian operations while the prospect of a significant cash return given its investment in Boral to date also adds weight to that view,” Macquarie reported.

The fly ash business is valued at $1.5 billion by Macquarie. A sale could see $4.9 billion in overall available cash money by the 2022 financial year, reducing concerns over the conglomerate’s own balance sheet.

“That should alleviate any concerns around Seven Group’s increased leverage post the bid. Consolidation of accounts would drive a material improvement in Seven Group’s leverage metrics, while the earnings outlook will benefit if Boral’s transformation plan is executed successfully.”

“With Seven Group’s ownership reaching a level of effective control, we expect more detail will be provided on its strategic views for the medium-term opportunity within Boral and execution of its transformation plan,” the broker said.

Boral sold its US building products business for $US2.15 billion ($2.9 billion) in June however Seven was upset the unit was sold for a loss and rushed through amid its takeover offer. It claimed the construction materials giant should have obtained a bigger pay day given strong United States trading conditions. 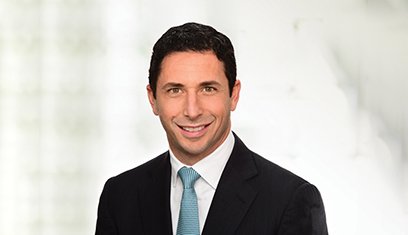 The company also sold its half share of the USG Boral plasterboard venture for $1.43 billion in October, placating high profile shareholders including Seven and Tanarra, which had been agitating for asset sales.