Mr Schneider recently told The Australian that all retailers were being treated as a homogenous group that had the same-sized stores, formats and operations, when in reality they were not the same at all.

Mr Schneider said that the industry consultation lauded by Premier Andrews felt “one sided” and that despite volumes of information supplied to government ministers, it seemed their views were not taken on board.

“We have provided considerable quantities of information to both Minister (Martin) Pakula and Minister (Martin) Foley demonstrating our credentials for a safe opening, and we put the safety and welfare of our team and customers at number one. The final piece for me is disappointment at the fact that despite the Australian Retailers Association and a number of other industry bodies, as well as large and small retailers saying to the government the retail sector is not a ‘one size fits all’ model, we have been treated in a ‘one size fits all’ way.”

The October retail quarter, which could now be ruined by the Victorian government’s recovery plan, was crucial for planning and ordering Christmas products, according to Mr Schneider, and now could be greatly disrupted.

In Victoria alone, the Wesfarmers owned Bunnings employs more than 12,000 people in Victoria and services 150,000 tradesmen. Wesfarmers’ businesses, also include Kmart, Target and Officeworks, which are all mostly closed in Victoria, with Bunnings open only for tradies, according to an Australian Business review report.

Mr Schneider said there was also a practical aspect to the Victorian government’s plan to slowly open up the economy, including allowing retail to open its doors — especially, for example, when storms extensively damage metropolitan Melbourne, like it did a few weeks ago.

“We understand that if the desire for the government is for people to spend more time at home, having easy access to products is useful in supporting the community. When the big wind storms hit Melbourne recently, houses lost power and buildings were damaged. Our stores were overwhelmed with customers wanting to be able to come in and get urgent supplies to get things to get their homes (fixed) which they couldn’t do because they have to buy the product online and it has to go through the online process.’’

Wesfarmers Chief Executive Officer, Rob Scott, also criticised the claim by the Victorian government that it would consult widely and intensely with the business community as it developed its pathway to drag Melbourne out of onerous stage four restrictions that have seen all non-essential retailers forced to shut.

“I worry that this latest ­announcement creates more ­uncertainty and hardship, and will inflict a greater personal and economic cost, not just to the people of Melbourne but the whole of Australia,’’ Mr Scott said.

“In Victoria alone, Wesfarmers businesses employ around 30,000 team members and we have not had any meaningful engagement with the government around retail operations and nor any feedback as to whether our retail network presents any risks to the community. To develop a better plan would require the Victorian government to engage in genuine consultation, to listen and learn about industries that are outside their expertise, including how businesses have evolved to be COVID-safe.”

“We will do a better job solving this Victorian problem if we work on it together across business and government — as is happening in NSW, Western Australia and elsewhere,” he said.

Mr Scott said the extended lockdown in Victoria would have an “enormous, incalculable and growing toll personally for many people, financially and on their emotional wellbeing, and also for the economy”.

He said the health challenge was clear and must be taken seriously, as it was in other states, and while Wesfarmers would survive, he feared other businesses would not. 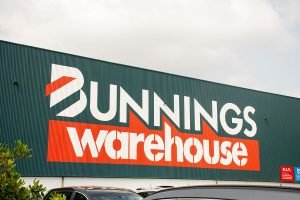 “The diversity and financial strength of Wesfarmers will enable us to get through the Victorian lockdown but many other businesses may not. Hopefully our advocacy will also help other businesses reopen in a COVID-safe way. Our primary focus will be on our teams and customers and how our divisions can support them, as best they can, through this personal and economic catastrophe. We know that our team members do not deserve this.”

“The government has introduced new thresholds (with a daily average of less than five new cases state-wide over 14 days) as a precondition to reopening. It will be impractical for many retailers to plan for and trade through such uncertainty at what is normally the busiest time of the retail year,” Mr Scott said.