Square design – synonymous with the modern, the trendy and the upmarket – is found in anything from tapware to doorhandles to light fittings. Tom Prince investigates…

Square design is an unashamedly Italian idea – or at least it was when it first appeared in Europe some time around 2002. Originating as refined Italian art décor, it was considered somewhat of a fad at the time. In only a few short years square has grown to become synonymous with hip, modern and trendy design. 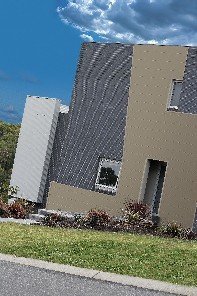 Australia is usually behind the latest Western trends, fashions and fads, but even so we are still thought of as brand conscious early adopters. However, with the budget so firmly ingrained in the Australian mentality, the quality of a brand is typically evaluated on more than just a name. As mentioned, angular square designs are considered trendy, modern, and upmarket. The average buyer does their homework by looking into homeshows, shop displays, home centres, catalogues and so forth. They are prepared to spend that little bit more to get exactly what they want and a large proportion of them are renovators.

Bathrooms rate as one the more popular choices for square design, and women are the predominant decision makers when it comes to choosing what goes into bathrooms. It’s hardly a coincidence that square design compliments the clean and sleek surfaces of modern minimal styles which use sparse elements such as stainless steel or clean white colours. Incidentally, one selling point for square is that it is perceived to be easier to clean and maintain. Whether this is really true remains to be seen…

Angular shapes will be uniform in the ideal modern home: in the bathroom this includes glass blocks, the bell (tap handle), the basin, the toilet roll holder, the bath, the towel rail and towel rack, and even the shower head. As an interesting aside, square toilets also emerged but were conspicuous for not enjoying as much success, perhaps because ‘truly’ square toilets were just a little too avant-garde.

Ironically, many square concepts actually appeared in kitchens before spreading to the bathroom. Currently, kitchenware is a little behind bathrooms, the cost of stainless steel being a key reason. Indeed, for renovators the overall cost of re-doing a kitchen is usually greater compared to the cost of renovating a bathroom. This explains why there is more square choice in the bathroom market than in the kitchen market.

Two typical key markets that look for square designs (especially in modern apartments) are younger buyers and sea changers. They perceive this as cutting edge and many new housefronts can now be found with square pillars and angular shapes. Their interiors will also embody similarly cold and minimal styles because satisfying the upmarket consumer’s desire for household accessories to match, in contrast to older dwellings. The interior trend continues with matching forms in soft furnishings (right up to the plasma television!), table settings and lounges. Ceilings will also have less detail in the cornices and light fittings will also be angular. Like taps, square door handles and levers are also popular because they can be universally matched throughout the home. Even downlights can be found in square shapes.

As is always the case with progressive and modern ideas, square design is already redefining itself (this is particularly evident in tapware) with the emergence of so called ‘soft square’ – hybrid squarish angular shapes that move away from the original harsh square edges to slightly more comfortable or rounded edges. ‘Soft square’ is considered more neutral because it offers a touch of modernity without appearing too cutting edge. To quote one vendor, “I don’t want people to know what year my bathroom was renovated.” Indeed, with so much going on, square design will no doubt continue to redefine itself further.