About one and a half hours out of Sydney, nestled halfway between Maitland and Newcastle, is the suburb of Thornton. Located near a thriving industrial estate, this is where you’ll find Thornton Home Timber and Hardware, a 3000 square metre outlet with 31 staff and winner of this year’s prestigious Home National Store of the Year award at the Danks national trade conference.

Business at Thornton is split almost even at about 55 to 45 for DIYers and trade respectively. They carry a very large range of general hardware and building supplies; an impressive paint department (including spectrometer colour matching equipment that can accept very small samples); an array of timbers and boards; a large garden and outdoor centre; and a comprehensive range of tools, plumbing, electrical, automotive and housewares.

“We try to make it a one stop shop,” says Manager Paul Whitaker.

“It’s not just about having every product, it’s more to do with providing the best outcome for the customer,” he says.

“The staff pride themselves on their service skills. Every time you’re on the floor talking to customers you’re building relationships,” says Paul.

Indeed, Thornton Home apart has a genuinely intimate rapport with the local community. “There’s a real community spirit to the staff,” says Paul with the utmost sincerity.

“We sponsor just about everything that opens,” he says, referring to Thornton’s sponsorship of the local soccer, rugby league and cricket clubs, as well as local charities, organisations and more. 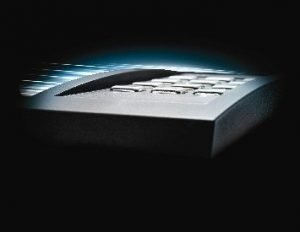 “A lot of our staff and customers are very involved in local community areas. And if they’re not involved then their kids are often doing things together,” he says. It’s an often noticed sharp point of difference for metropolitan people from Newcastle and Sydney.

It goes without saying that the same kind of warm rapport is also extended to the trades. “Trades are very personal. It’s a very one on one thing,” says Paul. “With trade you have to know the details of the customer,” he says, and naturally the same applies to their suppliers. “We’ve got some really good key suppliers that work very closely with us,” says Paul. “We work very hard on maintaining them as part of our business.” Indeed, they regularly attend store functions, and there’s always a friendly atmosphere when they’re invited.

The good situation is further taken advantage of with some savvy marketing. Direct marketing is a big growth area for them, and it is regularly followed up with repetitive radio spots and front page newspaper promotions. In true community form, they only advertise in the local paper and do not promote at a regional level, and with about 45,000 people in the immediate drawing area the store counts an impressive 10,000 Home Team members. A lot of effort also goes into the presentation of the store, and Paul says that it still looks new even after six years.

The Home National Store of the Year Award

“It feels fantastic to win the award,” says Paul with an audible smile in his voice.

“We’ve actually got another event on this Friday for the staff where we take them out,” he says at the time of the interview.

“Danks is also definitely a big part of the business, helping to develop things.”

The accolade is a wonderful recognition for everybody’s hard work but it also happens to tie in beautifully with the new Home Proper Hardware Store strategy.

“We feel that we fit right into the slot of the proper hardware store because we’re real people, we’re real members of the community, we’re real sponsors of local charities, fundraisers and sporting events,” says Paul.

“Proper hardware symbolises being the local community hardware store and that’s us.” And Paul’s advice to other stores? “Build relationships with everyone. Your key suppliers, your staff, and your customers. Everyone.”