This year, retailers from around the world may be wondering how much business will be taken away by web based retailers. Indeed, according to Internet Retailer magazine, web retailers were busily adding site features and planning heavy promotions to connect with online Christmas shoppers. However, conventional retailers with web sites have come far when it comes to improving their own web sites. In fact, they are capturing a great deal more business than they were previously.

One of the biggest improvements made by conventional retailers consisted of developing systems where customers could purchase merchandise on line and then opt to pick it up at the closest retail store. This is one of the ways that Wal*Mart, the world’s largest retailer, enjoyed greatly increased web sales. Sears (once America’s largest retailer) also announced before the holiday season that it would provide a curb side pickup service, meaning customers would not even have to bother with a parking spot or a crowded mall. Best Buy, the leading electronics retailer in the US, also set aside preferential parking spaces for store pickups.

More popular than ever

More than ever, the web is increasingly used for informational research about products. 66 percent of the population checks products on line before making a purchase and 75 percent of that group uses the Internet to research products – checking features, available locations, and at what price. Web based price-checking is easier than ever and on the increase, particularly for big ticket items. About one-quarter of all store-based retailers reported that holiday sales represented ten percent or less of their total web sales. Catalogue retailers said holiday sales represented a larger percentage of yearly business, as did web-only merchants. Twenty-five percent of catalogue merchants said that 15 to 20 percent of yearly sales came from holiday periods, while 17 percent of virtual merchants said holiday sales accounted for between 35 and 40 percent of yearly sales.

Unsurprisingly, the most common searches were not for everyday items, but for the unusual. Wedding dresses were found to be the #1 retail product search although shoes came a close second. No hardware or home center items ranked in the top ten product listings.

Free shipping looks to be one of the biggest changes in 2008. It is expected to boost on-line sales for web and store-based retailers and slightly more than half of surveyed retailers said they would offer free shipping this year. 84.5 percent will make it conditional, usually based on minimum purchase price. Retailers also began adding improved customer service options for the holiday season. Of these, the most most popular were order tracking, faster checkout times, customer reviews and improved gift registry and/or wish lists.

To increase holiday web sales, more than one-fifth of reporting merchants said they offered one-day sales, while a choice of gifts with qualifying purchases and early-bird or invitation-only sales ranked 2nd and 3rd as promotional ideas. 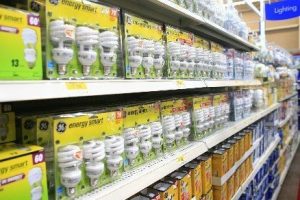