Almost everybody knows that Wal*Mart is the world’s largest retailer, but who are the others and how many of them are from the US? US correspondent Bob Vereen reports.

The July 23 issue of the United States edition of Fortune magazine profiled the 500 largest US corporations. The companies ranged from financial institutions to manufacturers to retailers, and the magazine also showed how many people worked for the 50 firms with the most employees. Using the compiled sales-per-employee ratio of some retailers, readers can compare their performance to that of several huge retailers.

As you probably know already, Wal*Mart’s supercenters are similar to the hypermarkets operated elsewhere by the likes of Carrefour and Tesco, while Metro’s stores are probably conceptually close to Costco Wholesale, the American discounter with outlets in eight countries – and soon to appear in Australia.

Unlike Tesco, Kroger is a US-based supermarket which has concentrated on the food business instead of venturing into hypermarkets, like Tesco did in some cases. Rewe of Germany is a diversified retailer, with some hypermarkets and some specialty chains.

These charts above include only those retailers for whom the number of employees were shown. As you can imagine, this compilation of sales-per-employee is not completely accurate for the public firms listed because an unknown proportion are part-timers who should be pro-rated as full-timers, something that is not possible with the data provided. What this means is that the actual sales-per-employee figure for the listed firms would actually be higher based on pro-rating part-timers to fulltime weekly hours. Nonetheless, some overall comparisons can be made.

Home Depot, selling bigger ticket items, would be expected to have higher sales per employee, particularly since their sales per store are also very high. Tesco, Carrefour and US supermarket chain Kroger also have figures that are remarkably close, with top honours going to Tesco.

Wal*Mart’s numbers are the most under-stated, given the vast quantity of part-timers and the fact that many of their stores are open 24 hours a day, 7 days a week. Sears Holdings’ sales include both Sears and Kmart, which compete with Wal*Mart and Target. Target also operates a few supercentres, but this division has not grown anywhere near as aggressively as Wal*Mart.

Take a moment to compare your store figures to the ones listed above. If your numbers exceed any or all of the stores listed here, then take a bow. If not, then maybe it’s time to look at ways to improve your performance. 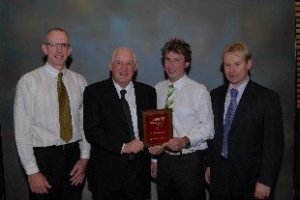