The ‘Retailer Of The Year’ is jointly judged by Hills Industries and the Australian Hardware Journal. This year’s award goes to Hardy’s Mitre 10 Mega in Pakenham, Victoria.

Hardy’s Mitre 10 Mega in the outer Melbourne suburb of Pakenham was a latecomer to our ‘Retail Focus’ department (from which the winner is selected). In fact, we only profiled them last month after they won the prestigious Ian Nisbet award at the Mitre 10 Expo.

The Hardy’s story is a classic Aussie success tale that started humbly in 1954 and which recently culminated in a very successful Mega operation. According to Darrell Hardy, the success of the store lies in the way their seemingly always motivated staff treat their customers, despite being a large format store that employs 140 or so people. “We try to give responsibility to all our staff, even the juniors. We like to think everyone has a real purpose and responsibility in our business. Everyone at Hardy’s treats their customers in the same way they would expect to be treated.”

Couple that with a good range of stock, expert advice, a very competitive overall offering (they are members of Retravision, Elgas and Plumbtec amongst others) and you have a winning combination.

“We’re very honoured and humbled to have won the award,” says Darrel Hardy. “We don’t go out of our way to win awards but if one comes our way we’ll take it,” he says, referring to not only the Ian Nisbet award but also to several other milestones awarded to their sister Retravision store.

Hills Industries, who jointly judge the award with the Hardware Journal, were very impressed with their effort. “We were impressed with their commitment to evolving and building their business and the time and money they devote to customer service, in-store displays and POS,” says Paul Scanlon, General Manager Sales & Marketing at Hills. “This clearly identifies them as a successful business. We were also impressed by their strong involvement with the local community. Hills congratulate Hardy’s Mitre 10 Mega for this achievement.”

Of course, they’re not about to rest on their laurels, and plans are already underway to expand the existing Mega store. This includes using additional land to develop a home maker centre and more expansions to the existing business.

It’s nothing short of an incredible effort, especially when you consider that they only upgraded to Mega in May 2006.

The Hardware Journal and Hills Industries congratulate Costa’s on this latest milestone. 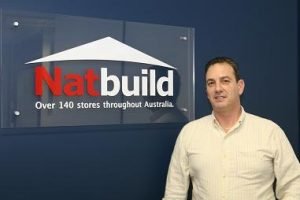