China is a lucrative new market for Australian enterprises seeking to survive the economic downturn.

An international survey that asked 7,500 business people what they thought about the current economic climate found that Australia and China were seen as relatively safe markets. The information came from the Servcorp Business Confidence Survey, reports ‘The Australian’ newspaper, which concluded that China was currently perceived as the second best place for riding out the global economic crisis. Australia came first with India and Singapore tied for third.

It is a well known fact that the meteoric growth enjoyed by the Chinese economy over the last 15 years has resulted in greater purchasing power and a higher mean income amongst China’s 1.3 billion people. Given the robust bilateral trade relationships between the two countries, Australia remains one of China’s largest trading partners. For example, trade between China and Australia amounted to 59.7 billion dollars in 2008, up by 36.1 percent over 2007. Indeed, China has overtaken Japan as our largest trading partner.

This isn’t to say that China has escaped the economic crisis. Chinese exports have been hit especially hard as order books run dry, forcing the closure of thousands of factories, particularly in the Southern industrial heartland. Many of the tens of millions of people who had emigrated from regional areas to work in urban factories now find themselves unemployed.

However, as a whole, the outlook for business in China doesn’t look so bad compared to the rest of the world. China’s current growth rate is thought to be around 6.5 percent – half the 13 percent growth rate recorded pre crisis in 2007 but well above any Western nations. The China Central Bank is also aiming for eight percent growth by the end of this year even though the IMF reports that average growth for Asia in 2009 is projected to decline to 2.7 percent. However, ‘developing Asia’ is expected to sit at a level of at least 5.5 percent, led by India and China.

One aspect of the economy that has managed to remain relatively stable is the financial sector, which is mostly intact due to the government’s “financial firewall”. This means credit is quickly obtainable while operating costs are low due to (amongst other things) lower oil and raw material prices.

As for the hardware industry, Australian hardware enterprises wishing to do business in China are encouraged to consult the Australian Trade Commission which provides assistance to save businesses time, cost and risks to ensure commercial success.

In addition, two other vital tools are at the disposal of Australian enterprises in China: the China International Hardware Show* and the alibaba.com e-commerce website.

Hardware Journal readers should be well aware of the China International Hardware Show jointly organized by the China National Hardware Association and Koelnmesse, since it has been covered extensively in the Hardware Journal. The event has been running for eight years and is the second largest hardware trade fair in the world, after the International Hardware Fair Cologne/Practical World. The event has grown to cover as much as 108,000 square metre of space and attracts around 2,000 exhibitors annually. It represents not only an opportunity to showcase merchandise and services but is also an ideal occasion for learning more about the industry and for establishing contact with Chinese buyers and marketing channels. The Australian Department of Foreign Affairs and Trade says the following about doing business in China: “Business success in the Chinese market requires awareness of the opportunities available and an understanding of the Chinese culture and legal system. In addition, a well placed and sourced personal introduction is helpful.” The show fulfils that very need.

Another vital tool is an effective e-commerce platform and nowhere has this been illustrated as more important than in alibaba.com, widely considered to be the most important B2B channel in China and rated by Forbes as “the world’s best B2B web site” on seven consecutive occasions.

Of course, there will be a myriad of external factors affecting the success of Australian enterprises intending to enter the Chinese market. Ultimately, the key is in the effective application of technology, business relationships and of course in the product.

By Qiu Yuanbin, Deputy Editor In Chief, ‘Imp-Exp Executive’ magazine in conjunction with the Hardware Journal.

* For further information about the Australian Pavilion at the China International Hardware Show 2009, contact Philipp Lischke on (02) 8354 0068 or philipp@nullfairlab.com.au . Web: www.cihs-practicalworld.com 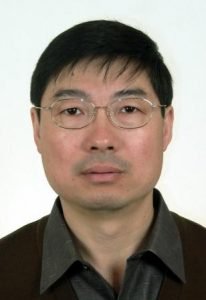