Sawn Timber in Australia, 2008 to 2022 reports on the significant differences in the hardwood and softwood sawn timber sectors and found that Australian producers of sawn timber are currently in a position where they can comfortably supply most of the domestic market. BIS Shrapnel believes the time is right for Australian sawn timber producers to go after overseas markets.

The report found the demand for sawn timber during the next decade will be driven by sharp growth in the building and construction sector in 2010 and 2011. Due to the current undersupply of residential dwellings in Australia, BIS Shrapnel forecasts the residential construction sector, which uses more than 70% of the sawn timber produced locally, will grow particularly strongly during the three years to 2012.

“Unless domestic capacity is significantly increased to meet projected demand then imports will likely rise again over the long term,” says Neufeld. “This suggests the Australian industry has room to accommodate several new mills to service the domestic market and potential export markets.”

During the past three decades the hardwood sector has been subject to constraints arising from community pressures and government legislation to conserve resources. Structural changes to the industry during the same period have seen smaller companies absorbed by larger players such as Boral, ITC and Gunns.

Despite stable demand, local prices are expected to experience upward pressure due to limitations on domestic production and supply, and rising import prices. “We are forecasting the Australian dollar will depreciate against the US dollar during 2009 to 2011, so this will tend to raise the price of imported hardwood products,” says Neufeld. “Locally produced hardwood will also be under supply pressure due to government policy and limited availability of resources which will place upward pressure on prices.”

Major government-initiated softwood plantation programs are starting to pay significant dividends in the Australian sawn timber market. Newer sawmills are modern, large-scale and technology-savvy operations that are in a position to be highly competitive in the export market, an area in which many Australian producers are already dabbling. The softwood sector has experienced some consolidation during the last five years and further restructuring is forecast in the near future.

“Three of the major players in the industry, Carter Holt Harvey, Weyerhaeuser and Hyne, have all been actively pursuing buyers during the past year,” says Neufeld. “The purchase of Weyerhaeuser by Carter Holt Harvey is the beginning of this process and could result in further consolidation. While this may reduce domestic competition it will likely make the industry more competitive in international markets.”

The demand for softwood sawn timber has increased 44% during the last 15 years. However, production has increased a by whopping 150%. BIS Shrapnel expects the demand for softwood to continue to increase to 4.8 million cubic metres by the end of 2022, which is in line with the expected production increase to 4.3 million cubic metres.

“Exports have increased to 370,000 cubic metres during the past 15 years, but considering the strong levels of domestic demand for softwood sawn timber we expect imports and exports to remain relatively stable in the mid-term,” says Neufeld. 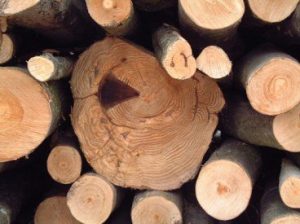