“In recent years, there has been widespread adoption of the notion of ‘Zero Harm’. Zero incidents, zero accidents, zero harm, zero tolerance – the goal is zero,” says Mr Byard. “Moral outrage would ensue if any legislation considered any level of workplace personal damage acceptable. The concept of Zero Harm may be socially, politically and legally attractive but is the concept of Zero Harm helpful? Is it possible that we are managing what matters least?”

Damage creates a hierarchy of consequences. Fatalities are a higher-level consequence than first aid treatments. “The impact of a fatality on lives, families, organisations and communities is significantly greater than a scratch on a hand,” Mr Byard explains.

Secondly, the number of occurrences for higher levels of damage is much smaller than the number of occurrences for lower levels of damage. “Fatalities are few in number but have highest level consequence. First aid treatments are many in number but have lowest level actual consequences. In its purest form, Zero Harm ignores all this.” Mr Byard classifies the consequence of injury into three classes.

“A Pareto or 80/20 relationship exists. Current classification systems based on lost time injuries (LTIs) and treatment regimes do not clearly focus efforts and resources towards permanently life altering outcomes. “Most government jurisdictions and organisations measure workplace safety performance by lag indicators of fatalities and LTIs. Many organisations report their success by frequency rates associated with these measures. But, as Einstein said, ‘Not everything that can be counted counts, and not everything that counts can be counted’.

“Driving employers to reduce their Lost Time Injury Frequency Rates (LTIFR) will predictably focus organisational efforts and strategies on reducing the majority of LTIs, which are short duration Class II damaging occurrences. This focus has at least two undesirable consequences. These are: 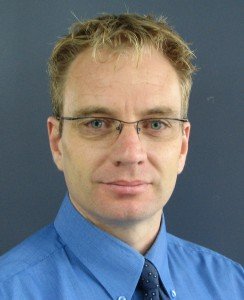