Mount Barker Mitre 10 has been awarded many accolades over the past couple of years. But by no means has it been an overnight success. There were excellent and timely business decisions made – such as relocating and expanding the store over a period of two decades. The locality itself has also changed considerably over that same period…

Mount Barker is one of the fastest growing areas in South Australia. 40kms east of Adelaide, the town is currently home to 11,540 residents. Traditionally a farming area, many of the vacant lots outside the town have now been replaced with new subdivisions. It is this growth that the various owners of Mount Barker Mitre 10 have capitalised on. In 1988, the store was bought by the Babbage family. They sold the operation to Ian and Libby Warren in 1994. At that time, the store was a mere 550 square metres. Store manager Ian Smith started working at the store in 1989 and took the time out to tell AHJ about its history.

In 1999, the store moved to a new purpose built facility in Secker Road where it remains today. When the store originally moved there, it was a largely industrial site and not unusual to see cows in the store’s backyard. The town has grown up and around it in the intervening years, which has of course been good for business. In 2002, owners Ian and Libby decided that the store had again outgrown the space on offer – so they put a 200 square metre extension onto the garden centre. In 2005, Ian and Libby retired and Guy E Smith & Co purchased the store, bringing the company’s portfolio of hardware stores to six.

Nothing seems constant at Mount Barker Mitre 10 except growth! And in 2006, space had again got tight. Another refit saw the addition of a 125 square metre store room and 625 square metre new drive through. As part of the same remodel, an internal wall was pulled down, adding another 300 square metres. By November 2007, the store was ready for its grand reopening.

But the store wasn’t done yet. The following year, in true Mount Barker Mitre 10 form, more space was needed. So a 700 square metre storage shed also on the site was rented, and a roller door put in to connect it to the existing store. Derek says there’s still a bit to do. But, for now, there are no plans for more major works. The store now has a total area of 2500 square metres as well as the separate storage area. It also has a low staff turnover and a team of 29. Like Derek, many of these team members have clocked up over 10 years working with the store.

Derek tells AHJ: “They get on well and work well together. They’re a good bunch and I like to think I look after them. They’re a huge part of our success – and why we’ve been lucky enough to win as many awards as we have.” Win awards they have. Last year saw the store take out the Mitre 10 state award for large format store of the year as well as the HASSA award for the same. This year, they again won those two prestigious awards, but also picked up the overall HASSA award for store of the year. Derek says: “That’s what makes it all worthwhile. The staff are all pumped about it – and over the past 10 years we’ve all put in a lot of hard work. It’s a pretty proud moment when, after all that, you’re judged by your peers and come out on top.”

Unquestionably, there has been a fair amount of elbow grease gone into the store over the past decade (much of it Derek’s own) but its ultimate success was also based on a series of well thought out business decisions. The store moved into an area that was largely industrial. But the growing town swelled around the store and business boomed. Another winning decision was that the store decided to focus on increasing its trade offering. Traditionally a retail focused outlet, the business mix is currently 65% retail, 35% trade. But Derek says: “Trade is a real growth area for us. So that’s where we’ve targeted with the revamps like the new drive through. We knew Bunnings would come to town eventually and decided that trade would be a great place for us to put our efforts. Previously, although we were servicing the trade, we weren’t doing it as well as we could. Now, we are. And that seems to be working out for us.” 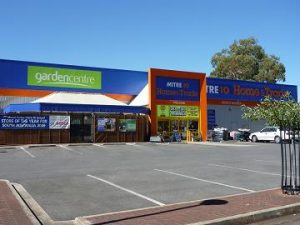