I entered the power tool industry as an engineer in 1999, starting in a small Australian power tool company importing and distributing low-cost tools. DC tools were in high demand and inexpensive then, but with any low cost-item there are compromises. At that time, DC products started at 12 volts. There was still some 7.2-volt and 9.6-volt stock about – it was being phased out by the company I worked with – though it was still common in professional tool manufacturing. The explosion of voltage over the next few years was driven not from an engineering angle but from a marketing need to appear more powerful in the hope that it would grab more market share.

To understand why this happened, you need to understand some basics of battery technology.

The reason for the voltage explosion was because it was cheaper for entry-point brands to add a couple of extra low-cost, low-Ah cells to increase the voltage than it was to make each cell a better quality, i.e. a higher Ah. Voltage was the main marketing number and nobody really cared about Ah in low-cost tools for retail.

As described earlier, 8 x 1.2V cells = 9.6V. Similarly, 10 x 1.2V = 12V. It was, therefore, cheaper for the entry-level brands to add two cheap battery cells than it was to improve the quality of the existing eight cells. This also gave them a marketing advantage, as the average consumer without any knowledge of DC power systems assumed it was a more powerful product at a more competitive price. The explanation often given by the cheaper brands was that they were a small company with fewer overheads, partly because their tools/batteries were manufactured in China.

This trend led to competitors adopting the same high-voltage approach, adding cells as a cheap way of marketing a more powerful tool. From 9.6-volt batteries, they jumped to 12 volts and eventually right through to voltages as high as 36 volts. However, few power tool manufacturers went that far. Once the 32-volt threshold is passed, safety standards for low-voltage tools are exceeded. The tools reached the same requirements as mains-powered 230-volt items.

Consumers were not being fed the whole story runaway voltage by entry-level tool manufacturers, leading to pressure being placed on professional tool makers to raise their own voltages to avoid the perception that they weren’t lagging technologically. It’s fair to say, however, that the professionals continued to appear like they weren’t keeping up with the times as they continued to focus on their end-user, who required more factors than a big voltage number. Professional tradesmen want lighter tools, as they have to carry them around all day. If we go back to our equations and compare what the professional market was trying to do, it’s possible to see the difference.

So, I’ve tried to explain the rise of voltage levels in power tools but not the decline over the past five years, when Li-ion batteries started to become mainstream. Li-ion batteries follow all the same equations previously described. However, due to the chemical reaction, each cell produces 3.6 volts. For that reason, you will only see Li-ion packs in 3.6-volt multiples – 3.6V, 7.2V, 10.8V, 14.4V, 18V, 21.6V, etc.

Li-ion also has the advantage of being lighter and smaller than NiCd batteries, but has the same power – or Wh – capacity. The technology was initially much more expensive than NiCd, forming a division between tool manufacturers. Many entry-level brands could not afford the cost of the Li-ion technology, while professional brands adopted different approaches.

This split saw professional power tool brands launch both 28-volt packs on one side and 10.8-volt models on the other.

Some even took the middle ground, supplying 18-volt models with more power and a weight that was a compromise between the heavy 28-volt and the light 10.8-volt models. With an innovative battery technology, the marketing departments in power tool companies could come up with new reasons why they had chosen these voltages because the new technology had no precedent.

In the end, the consumer decided on the direction power tool manufacturers should take. Lightweight, smaller packs offering equivalent power to their old NiCd packs won out. This was probably assisted by their price and some of the early problems with the higher-voltage packs seemed to have cemented the return to lower voltages.

I expect this to be only temporary, however. We have recently seen some lower-price brands introduce Li-ion into their range, and that number increases, the cycle will start again.

In summary, if retailers wanted to give customers apples for apples comparisons of DC battery packs, they would insist on using the Wh rating. This would give consumers a consistent level to judge all brands of battery packs.

As for how efficiently individual tools use the power stored in the battery pack? Well, let’s just say that’s another story. 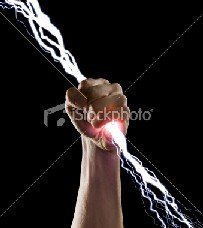