The National Hardware Show, held at the Las Vegas Convention Centre in May, saw a 20% increase in attendance over the previous year’s event. Exhibitors reported brisk traffic at their booths and significant orders booked.

The Show boasted a diverse range of exhibitors from the Hardware & Tools; Homewares; Lawn, Garden &Outdoor Living; Paint & Accessories; Plumbing & Electrical and Storage & Organisation categories, as well as including a Complete International Sourcing Pavilion. The attendee list was a veritable Who’s Who in important players in the home products industry, covering not only traditional retail and wholesale outlets, but untraditional channels like grocery, mass, drug, catalogue and internet retailers. This included industry giants like The Home Depot, Walmart, Sears, True Value, Costco, Sam’s Club, Ace Hardware and many others representing more than US$237 billion in sales revenue. “It’s been a great Show – real positive with a lot of great vendors,” said Brendan Sullivan, director of merchandising from ProGroup, the US’ largest independent hardlines group with more than $3 billion in annual distributor sales. “I’ve been going to the Hardware Show for many years, and I’ve been so impressed this year with the atmosphere, attitude and management of the show.”

There were several big events at the Show, including the Tailgate Display & Party, which was held outdoors and featured refreshments and live entertainment. New this year, the Tailgate area featured some 40 companies and was a testament to the growth of this category in the home channel. “The tailgate area pulled all the right items together, and the people coming out to see it were the right people – the ones focused on this area that have room in their stores for these products,” said Jason Goss, Fabrique Innovations, which has the NCAA and NFL license for the Snuggie blanket. Exhibitors were thrilled with the traffic on the show floor and quality of the buyers. Bob Findlay, owner of Suntracker swivel beach chairs, said he had seen buyers from Costco, CVS, Ace Hardware, Target, QVC corporate and other major retailers during the course of the Show. “One face-to-face meeting at the Show is more valuable than 100 phone calls,” Findlay said. “In the first minutes on Day One, I had four people in the booth and during the conversation they asked if I could do a production run of between 6,000 and 8,000 chairs. When I asked where they were from, they said Costco.” One2Products of Oshtemo, Mich., doubled the size of its booth this year and introduced a new water-saving product. President Patrick Hanna said he received commitments from major buyers at this Show, where he featured the One2tap Water Saving Faucet Aerator in New Product World. “We wouldn’t change a thing because it has worked so well for us,” Hanna said. “If you want to introduce a new product into the industry, this is the place to do it.”

Ed Several, Group Vice-President and the show’s manager, commented on the increase in attendance as an optimistic sign for the home improvement industry. “The significant increase in attendance, we believe, is an early indicator for the retail home improvement industry into the fourth quarter. With brisk order writing, retailers are looking to increase their inventory and bring the exciting new products they found at the show back to their customers in their local trading areas. We couldn’t be more excited by this year’s show and the feedback we’ve received thus far from both retailers and manufacturers.”

The Show also featured keynote addresses by Don Soderquist, the former Chairman of Walmart who spoke about how ethical leadership can lead to success in business, and Bridgette Brennan, CEO of Female Factor and author of Why She Buys, who spoke about the impact of women buyers in the home improvement industry. Brennan said that women are responsible for initiating 50% of home improvement projects and are worth US$70 billion to the industry. Too many retailers, she said, fail to recognise the importance of women, either as heads of households or as the motivators behind so many home improvement projects. One of the hottest areas on the Show floor all three days was the Handyman Club of America’s ‘Power Tool Test Shop’, where six winners of a contest sponsored by Handyman Club tested products from a number of major power tool companies. “This booth exceeded our expectations,” said Larry Okrend, editor in chief of Handy Magazine, which conducted the tool testing. “When you actually put the tools in action, it gives the show a much more dynamic kind of interface. Some of the people from the tool companies who haven’t been at the show recently are seeing the benefit of doing a venue like this from a brand-building standpoint.” In other big news coming out of the show, the 2011 National Hardware Show will host delegations from the International Hardware Association – the first time the IHA has held a meeting in the US. 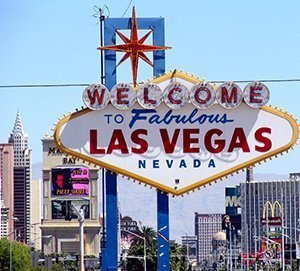