The Building Code of Australia (BCA) has required new homes and apartments to meet a minimum five-star energy efficiency rating since 2006. Last year, the federal government agreed to increase this to six-stars in 2010, but to allow the states to adopt the change anytime up to 2011.

The problem is that every state and territory has its own set of rules and regulations when setting out the minimum requirements to build a new home or renovate an existing home. In many cases, these rules are a combination of planning laws (state government and local council) and building laws, which are generally contained in the BCA.

A home can either have a six-star energy rating, or it can have:

1) a 5.5-star energy rating with an outdoor living area that is under the roofline of the house, but with insulation fitted in the roof;

2) a five-star energy rating with an outdoor living area (as above), but with a ceiling fan fitted in that living area; or

3) a five-star energy rating, but with a one or 1.5-kilowatt photovoltaic system installed.

South Australia will adopt 6-stars from September 1, while New South Wales will continue to apply BASIX (Building Sustainability Index) as the rating tool for all new houses and apartments. It is expected that the minimum requirements under BASIX will change slightly in 2011. No changes will happen this year in Western Australia, while Tasmania and the Northern Territory have moved to five stars in 2010, after delaying the increase in the last few years.

Every new home in Australia requires a building approval. In some states, you may also require planning approval. The new requirements generally apply only to a house that has not obtained approval yet. So houses under construction or recently completed only need to comply with the previous rules in the state in which they are being built.

Based on the current five-star regulations for new homes, HIA argued that a far better approach – both environmentally and economically – would have been to make existing homes more energy efficient. In responding to the Government’s Regulation Impact Statement (RIS) in 2009, HIA argued that the case to move to six-stars failed to be made. The Government’s own cost-benefit analysis has since showed that the changes will have a negative cost benefit for both housing and residential apartments.

HIA argued that the Government’s RIS was flawed based on several concerns, including:

1) that it understated the increase in build cost by more than 50 per cent (nationally), with regional locations and timber floor construction particularly disadvantaged;

2) misrepresented the impact of the six-star regulation on new home affordability and fails to consider the effects of the CPRS on the cost of core building products, such as bricks, glass, steel and aluminium;

3) did not comment on the impact on small business, especially smaller-volume builders who do not have the in-house design and energy assessor resources; and

4) assumed that new housing supply will be unaffected by an increase in the cost of new housing relative to cheaper, less energy-efficient existing dwellings, which do not bear the cost of six-star or a future emissions trading scheme.

The final RIS attempted to address several of the concerns raised by HIA, in particular redressing our concern about the use of a lower than recommended discount rate of five per cent. However, the RIS fell short of recommending that moving to six-stars was appropriate.

Building ministers from all states and territories agreed in early 2010 to proceed, despite the RIS findings. Therefore, the changes were incorporated into the BCA 2010 as intended.

Energy Ratings
There are two main ways to check the energy rating of your new house, whether using the BCA or BASIX. The first option is to use a computer simulation program that quantifies the amount of energy required to heat and cool a home in a year. This calculation is then translated into an energy rating of zero to 10 stars under the BCA, or between zero and 100 in BASIX.

The second option is to comply with a set list of minimum requirements for insulation, floor, wall and ceiling construction, window size and type and other matters. This is generally known as ‘deemed to satisfy’ under the BCA, or ‘do it yourself’ under BASIX. Depending on how complex the house design is and the climate zone it’s in, a computer simulation program may be required. Builders and building designers should be able to offer advice on the best option.

A computer energy rating needs to be completed by a trained energy assessor. In most states, energy assessors are registered by the state government, but not in every state. Local councils should have information regarding energy assessors.

The changes to BCA this year also include new requirements for hot water systems. This will not be a significant change in most states, as state laws already required a minimum five-star or equivalent hot water service. However, in some states such as the ACT, this is a new requirement.

For the first time nationally, the BCA now has new rules for lighting in homes. These only apply in those states moving to six stars. The changes mean there is now a ‘maximum’ of five kilowatts of lighting per square metre that can be used in each room of the home. The requirement is based on the floor area of the room. For outdoor areas, the maximum is four kilowatts per square metre, whilst garages are three kilowatts per square metre.
Getting Help
The Federal Government and most state governments have a range of rebates available to help improve the energy and water efficiency of homes. Most of these rebates are available only to existing homes, but a few are available for new homes.

The rebates change over time and are aimed at promoting the installation of energy efficiency appliances, such as high-rating hot water systems, or water efficiency, with rebates for rainwater tanks, water-efficient appliances, water-wise gardens, tapware and toilet replacements.

In some cases, homes may be eligible for both a federal and a state rebate. The federal government launched a new webpage (www.livinggreener.gov.au) last year. This is a quick and easy way to find out what rebates and programs are operating in your state or territory.

The top five things consumers can do to meet the minimum energy rating in their climate zone are:

1) Locating the house on the right orientation to take advantage of winter sun and create summer shade. This includes using eaves, awning and window protection.

2) Using the right wall, ceiling, roof and floor insulation to suit the climate and orientation.

3) Choosing the right windows and glazing to suit the orientation and room type.

4) Sealing the openings throughout the house – windows, doors and skylights – for winter weather.

5) Using openable windows and skylights to create breeze paths between rooms during summer. 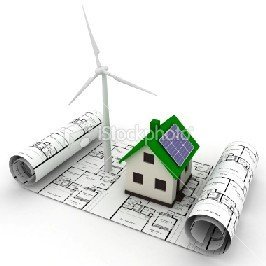