The hardware industry has undergone several metamorphoses over the past century, but perhaps never to the extent that we are currently experiencing. Natbuild CEO Frank Cordi gazes into his crystal ball to outline his vision for the future.

There was plenty of talk flying around the media during the days prior to our meeting with Natbuild CEO, Frank Cordi. Victorian regional newspaper, the Gippsland Times, ran a report suggesting that Woolworths was about to buy Dahlsens Building Centres, the largest family-owned hardware chain in Australia. Other newspapers and online news outlets picked up on the story and the industry grapevine was quick to circulate it, forcing Dahlsens’ Chief Executive, Geoff Dahlsen, to issue a firm denial a few days later.

Similar speculation surfaced a year earlier, when Woolworths announced its intentions to enter the hardware market in partnership with US home improvement giant, Lowe’s. That’s hardly surprising when you consider Dahlsens’ sole owner, John Dahlsen, chaired the Woolworths board from 1997 to 2001. Regardless of the family connection to Woolworths though, Dahlsens would be a prized catch in any corporate or buying group growth programs anyway.

The difference this time is that the newspaper reporting the story is based in Dahlsens’ spiritual heartland of Gippsland, where the family’s first generation of hardware merchants took root in 1877. Even now, 12 of Dahlsens’ 32 stores are based in southeast Victoria, so it’s fair to say that any rumours originating from that part of the country carry more weight than if they stemmed from somewhere like Wagga Wagga, where Dahlsens owns a single store. “We’re very confident that Dahlsens intends to remain a family owned and operated business and that the company has strong plans to grow and a commitment to Natbuild,” said Cordi, from his Melbourne office, before adding, “Hudsons is more of a concern.”

It’s secret that Hudson Building Supplies has been on the market for several months. With 15 branches and two frame and truss plants in New South Wales and Queensland, buying the hardware and timber trader would be tempting for any new entrant hoping to get a head start. Like Dahlsens, Hudsons has been around since the 19th century and it commands a significant amount of market share across multiple locations. Unlike Dahlsens, however, the Hudsons sold their shares in the 1980s and the company is now owned by private equity firm, Propel, who are being advised by Greenstone Partners about a sale.

Sales turnover figures at Dahlsens and Hudsons is enough for them to sit comfortably in the top quarter of performers that make up Natbuild’s 38-member group, who collectively generate over $1.8 billion in annual sales. In short, they are two of the largest operators in the country, and that success makes them juicy targets for an approach from a cashed-up market entrant, regardless of any succession plans they might have in place.

When you add the Dahlsens rumours and the potential sale of Hudsons to the fact that Woolworths bought five Tasmanian stores from Gunns – a Natbuild member at the time – in May, you could be forgiven for thinking that Natbuild was under siege, though it would be more accurate to say that of each buying group. Cordi, however, is far more optimistic when it comes to assessing Natbuild’s future stocks. “While our members would certainly be attractive takeover targets we believe that Natbuild is less vulnerable to losing members and better positioned to attract new ones than other groups. Natbuild members, by virtue of their size, tend to be better run businesses with good business growth and longevity prospects and succession plans.

“With over $1.8 billion in member turnover, we currently are , to be the biggest independent hardware and building suppliers group in Australia. Our members are the primary channel to the trade market, but we still want to grow to 50 members in the next three years. “We’re already seeing a number of independents shift their mix of business to more trade, saying ‘I can’t compete any more’ in retail. As these independents reassess their existing groups’ value propositions and competencies in trade relative to Natbuild’s, we expect plenty of opportunities to grow our membership.”

Natbuild has carved a sizeable niche in the trade market since its formation in 1992. Members are located in both metropolitan and regional areas in every state, with a total of over 150 stores and outlets each generating an average turnover of around $12 million per annum. There is no cost to members to belong to Natbuild. Suppliers pay a fee amounting to one per cent of sales to cover administration costs, but because members are also Natbuild unit holders, all surpluses are returned to them.

Still, like the other buying groups looking after independents, Natbuild has a fight on its hands trying to keep them when everyone’s jockeying for position. It’s a fact that Cordi acknowledges, but one he believes is generic. “There will be a shakeout. Rationalisation and consolidation – we believe – is inevitable. Moore Stephens reckons there’s going to be about a thousand independents forced out of the market in the next five years. I’m saying there will be about 500 and a 16% shift in market share from the independents to the corporates.”

But it’s not only the independent retailers who are under the gun. Buying groups, Cordi believes are equally vulnerable. “There’s already too much fragmentation amongst the independents, across too many buying groups. You can’t lose another 500 independents and still have the same number of buying groups. It’s ludicrous – each of the buying groups fighting over the same shrinking pool of membership. “I believe that, longer term, only two groups (servicing independents) can survive – one retail and one trade – and even those two groups may need to work together.” Natbuild, Cordi says, is hoping for the best but planning for the worst. Retailers who have been mulling over switching allegiances have been content to adopt wait-and-see approaches for now, sitting on the fence until they see what the new owners of their buying groups are like. Such actions contrast with the combative response drawn up by his group to keep them ahead of the game.

“The days are numbered for buying groups that do nothing more than negotiate the deal and then say that the members can do what they want to do. Suppliers rightfully are demanding more from their channel partners than that and, frankly, Natbuild expects a competitive advantage from suppliers over other groups with less volume and less member compliance. Our mission statement is to defend and grow our members’ competitive position, profitability and market share. It’s always been that and it’s a nice little phrase, but at the end of the day how do we do that?

“We help our members buy better – that’s what we’ve always done – but we believe we can also help them sell more. So, we’re transitioning Natbuild from a buying group to a product category management group.”

As for the details of how they intend to do that, except to say that they have been planning for such a move for the past year, Cordi prefers to keep that between his team, Natbuild members and their core suppliers. “It’s our belief that independents will require a broader range and better quality of support services than they’re getting now, at a lower cost to compete.
“That’s even our members,” he adds. MD 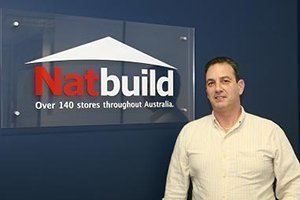