Judging from the strong turnout at this year’s China International Hardware Show (CIHS), the gloom of the global slump now seems to be nothing more than history as the hardware industry in Asia rebounded remarkably fast. Over a period of three days, from September 28 to 30, the event welcomed over 35,000 trade visitors from 85 countries. With 2,300 companies from 19 countries and regions occupying over 100,000m2 of floor space, CIHS nailed its position as Asia’s top hardware fair.

“In 2010, guided by national policies of promoting domestic demand and at the same time maintaining stable export levels, the Chinese hardware industry has been enjoying fast growth in both output and revenue. At the same time, CIHS has consistently improved its service, creating more content and value while maintaining the scale of the show,” Zhang Dongli, Chairman of the China National Hardware Association (CNHA), stated at the opening of CIHS.

The preferred launching ground
The active and casual atmosphere at the show broke down barriers between buyers and sellers. Among the myriad of exhibits, CIHS unveiled a slew of new products.

Over at Hall E2, the Innovative Product Display Awards by the China National Hardware Association were nabbed, among others, by Savco Corporation with its new product series of SurFix AutoLock bit holders; Juntian Machine with its Kaibi brand of automatic rebar tying tools; and Xinggang Physical Equipment, which presented its digital auto-darkening welding helmets under the VEGA brand.

Attendees have agreed in unison that such a showcase has given CIHS an edge for the industry to get to know emerging products and new innovations in hardware product design. “The Chinese market is the biggest market in the world for construction, and an exhibition like this is essential in order to show our products, and launch our innovations,” complimented Edmond Hobben, Managing Director of Flock Development & Research Co. Ltd, a UK exhibitor. Tools – the largest product segment at the show – was strongly represented both in terms of display range depth and breadth. Other product categories featured prominently included a dedicated zone for fasteners, building hardware, and locks and security.

Besides major local Chinese manufacturers, over 10 per cent of the exhibitors at CIHS came from abroad to seek new business partners in China and to develop their Asia contacts. Overseas exhibitors hailed from Europe, North and South America and many parts of Asia.

Innovative excellence
Aimed at riding a new wave of interest in technology and product innovations, Hall E1 featured the Global Manufacturer Certificate (GMC) Magic Hall showcasing and promoting high quality, Made in China innovations. GMC, as a standard to evaluate Chinese manufacturers, has been widely recognised by global buyers, Chinese manufacturers and the Chinese government. The event acted as a window of Chinese manufacturing to the world. Bu Zhengfa, President of China National Light Industry Council remarked, “In the past, the Chinese hardware industry was often associated with low-tech and low quality products. However, this has changed greatly in many aspects in recent years, with more and more companies emphasising their design and brand image. Improving innovativeness and capacity, as well as increasing brand influence, are my expectations of the show in future.”

The Sourcing Salon at CIHS successfully matched more than 100 manufacturers with over 30 global key buyers, including Wal-mart, Auchan, Alpha, Mitre 10 and Meister Tools. As part of the 10th anniversary celebration, long-time exhibitors, buyers and group organisers of CIHS were honoured during the welcome reception, which saw a number of loyal domestic and overseas companies receive appreciation awards. 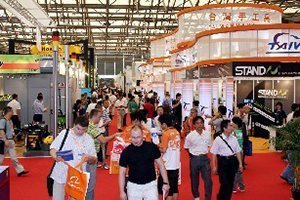