Timber merchants have thus far been reluctant to apply for Chain of Custody certification. They may soon have no choice. According to WWF-Australia, Australia imports $840 million worth of illegal timber and wood products each year, making us unwitting contributors to the destruction of the world’s tropical rainforests. In an effort to combat illegal logging practices globally, a tracking system called Chain of Custody (CoC) was devised and it is mandatory for some building projects in Australia to show evidence of them using CoC-certified timbers in order to achieve certain energy ratings.

Wikipedia defines CoC as a chronological documentation, or paper trail, showing the seizure, custody, control, transfer, analysis and disposition of evidence, whether it be physical or electronic. In timber’s case, that documentation starts with the forest it grew in and progresses through the selling process, from the sawmill manufacturer to the wholesaler and finally the merchant. In short, it is the simplest way of ensuring that timber comes from legal and responsibly managed forests. The push for CoC certification in Australia has been driven by the Green Building Council (GBCA), which added certified timber as a requirement to all new commercially green-rated buildings. While this has not been broadened into the residential market yet, industry insiders believe it is not far off.

There are two internationally recognised Forest Management and Chain of Custody guidelines – the Forestry Stewards Council (FSC) and the Programme for the Endorsement of Forest Certification (PEFC). PEFC is a global framework for the assessment and endorsement for national forest certification systems. In Australia, we have the Australian Standard for Forest Management and Chain of Custody, which is endorsed by PEFC. Both FSC and PEFC are international organisations, headquartered in Germany and Switzerland respectively.

When GBCA was established in 2002 to develop a sustainable property industry in Australia and drive the adoption of green building practices, it only recognised FSC-certified timbers (AFS only came into being from July 2003). That changed on January 1, 2010, when the Sustainable Timber Credit Review recommended Green Star ‘Timber’ credits for all Green Star rating tools, which included FSC and AFS-certified timbers. Both are now awarded one point each as long as at least 95% (by cost) of all timber is certified or from a reused source (or a combination of both). Green Star projects that were registered before January 1, 2010 have the option of using either the old Green Star ‘Sustainable Timber’ credit awarding two points to FSC-certified product or the new Green Star ‘Timber’ credit that awards one point to either FSC or AFS-certified timber.

In Australia, timber manufacturers and wholesalers have driven the demand for CoC certification. Merchants, on the other hand, have been lagging. TABMA, the Timber and Building Materials Association that counts timber merchants from around the country – with the exception of Victoria – among its 800-strong membership, currently has just eight CoC-certified merchants, while almost all its supplier members are certified. In Victoria, the Timber Merchants Association’s (TMA) membership stands at 96, only a few are CoC certified.

Both associations offer a similar explanation for the poor acceptance of CoC certification among merchants, saying that until builders insist on buying certified timbers there’s little incentive for their members to sign up. “There’s not a huge groundswell because at this stage there’s no pressure on them to take it up. The pressure will come from architects, specifiers, government departments, etc,” says TABMA Executive Director, Colin Fitzpatrick. “In Queensland, the government is very much into CoC, but in NSW it isn’t. And because of the March election, I don’t expect to see any pressure on NSW merchants for another 12 to 18 months.”

“We’ve run a couple of seminars alerting merchant to what it’s all about, but merchants are fairly conservative guys,” adds TMA Executive Director, Peter Robert. “Unless they start getting the demand from their clients, they’re not going to worry about it. That might be a bit of a negative attitude, but why go down the road of certification and the cost of it when they’re not going to be able to recover it on the price of the product they’re selling because builders don’t want to pay any more for it? At the moment, it’s the big saw millers and manufacturers – like Gunns and Carter Holt Harvey, for example – that are bearing the cost of the certification.

“We believe it’s (certification) a good thing, but we also want to know what the real reasons for getting products certified are when we know that there’s very little, if any – I’ve never heard of any – illegal logging happening in Australia. There’s still a lot of discussion to be had with the certifiers – AFS and FSC – to come up with a practical solution because we argue that if the product is certified at the mill or manufacturing source, why does it have to be duplicated all the way down the supply chain? Providing it’s branded legally and correctly, that should be sufficient to say that it has been logged legally.” Kayt Watts, Chief Executive Officer of Australian Forestry Standard Limited (AFSL), argues that certification offers merchants protection for their business to combat discounted illegal imports competing in their marketplace. Some merchants export timber to markets such as the UK, Finland and Germany, she adds, which require certification regardless of where the timber comes from, and that includes Australia.

Awareness of what certification entails also seems to be an issue. Watts says she’s been spending a lot of time helping merchants understand the process and how they can make the transition. “Many merchants believe that certification will cause major changes to their business, when this is not the case. The major concern I hear is regarding storage and while there are two procedures within the Standards for this, merchants need only to understand the 70/30 procedure. As long as the annual average of their supply is 70% certified and 30% is non-controversial, they comply with the [Australian Forestry] Standard. It does not require physical separation of the product.

“Up until recently,” she adds, “merchants believed that certification may just be a fad or a process that could wait. But we’ve seen interest increase a lot over the past 12 months. The main drivers for that appear to be a combination of companies striving to demonstrate good corporate citizenship and the procurement requirements of key operators in the supply chain. They are now realising it is here to stay and if they want to stay competitive, they need to commit.”

While merchants have been slow to adopt certification, TABMA has been proactive on the matter. Colin Fitzpatrick says that a TABMA staff member recently became accredited as a certifier through the Engineered Wood Products Australasia Association (EWPAA), which authorises TABMA to issue both FSC and AFS certification. “We’ve got a number of members now who are putting their hands up for him to go and do an audit for them,” he says, “and most members are buying both – FSC and AFS. “CoC is going to happen,” he adds. “There is no doubt that it’s here to stay and that demand for CoC timber will eventually be requested by the federal and state governments, architects, builders and specifiers. If a merchant does not take steps to get certification, he could be left in the cold.” MD 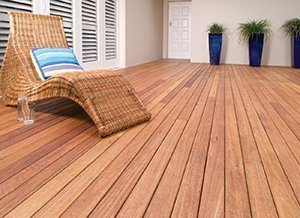