Growth in developed and emerging markets is driving production and consumption for plywood and OSB, according to a recent analyst’s report.Despite some risks in the short term, an increasingly positive global economic outlook will drive the demand for plywood and oriented strand board (OSB) over the five years from 2011 to 2015, according to leading industry analyst and economic forecaster, BIS Shrapnel. BIS Shrapnel’s Plywood and Oriented Strand Board in the Pacific Rim and Europe, 2011 – 2015 report forecasts strong growth in the production and consumption of plywood and OSB as the global economic upturn strengthens. The economic upturn will be driven by housing construction, furniture manufacturing and other sectors where plywood and OSB are used. BIS Shrapnel says housing construction in the United States is now in the early stages of an upturn and is expected to strengthen considerably from 2011 to 2015. “Stronger growth in housing construction and economic growth in the United States will be supported by growth in the ‘emerging markets’ of Asia and South America, which will have a positive impact on Europe and Australasia,” says report author and BIS Shrapnel Forestry Director and Senior Manager, Bernie Neufeld.

“While the recent shocks to the global economy, such as the tragic earthquake and tsunami in Japan, will have a negative impact on the demand for plywood and OSB in the short term, the outlook over the longer term is positive,” continues Neufeld. “There are at least three large plywood plants in the Miyagi prefecture and the destroyed plants supply an estimated 25 per cent of plywood produced in Japan. This will reduce production capacity in Japan in the face of much stronger demand due to the reconstruction process. Together with a strengthening global economy, the reconstruction effort in Japan will boost demand for plywood and OSB, and will present export and investment opportunities.” BIS Shrapnel Forestry notes there has been a rapid change in plywood and OSB markets over the past decade.

“There has been a shift of plywood production from traditional sources such as South Asia, North America and Europe to China,” says Neufeld. “There has also been a shift of production and consumption of OSB as a cost-effective substitute for plywood, from North America to Europe and South America. Over the forecast period China, Eastern European countries and Russia will emerge as significant OSB producing regions, which will have a major impact on the dynamics of the market.

“In the past decade there has been massive substitution of less expensive and more resource efficient OSB in place of plywood, especially for sheathing in housing construction in North America,” says Neufeld. “It is unfortunate that many of the OSB facilities in North America were closed as a result of the housing downturn. This would not have happened if producers had aggressively developed export markets as a hedge to downturns in North America. Over the next five years, producers will need to be more aware of global developments as the closed facilities are brought back into production.”

While plywood is still a preferred product for many applications on the basis of its quality, other regions will increasingly use OSB as a substitute where cost and resource constraints are a factor. BIS Shrapnel Forestry says OSB could be the next new product to emerge in China and other Asian countries. BIS Shrapnel Forestry is forecasting global consumption of plywood to grow at an average rate of about 5% per year, and OSB at 11% over the five-year forecast period. The rate of growth projected for plywood consumption is higher than the forecasts for production, while the rate of growth for consumption of OSB is lower than forecasts for production. This suggests that there may be an undersupply of plywood and an excess supply of OSB, which will likely result in considerable substitution of OSB in place of plywood. Production of plywood is projected to increase from 71 million cubic metres in 2010 to 84 million cubic metres in 2015, and OSB from 18 million cubic metres to 28 million cubic metres respectively, based on current expansion plans and estimated capacity utilisation rates. By 2015, North Asia will be producing 54 per cent of the world’s plywood, down marginally from 56 per cent in 2010, and North America will be producing 77 per cent of the OSB.

“However, Asia is facing a shortage of forest resources, which will only become more severe over the forecast period, and this will eventually have a negative impact on the production of plywood in the region,” says Neufeld. “As resource supply tightens, there will be an opportunity for producers of resource-efficient engineered wood products, such as OSB, to export to North Asia, or to establish OSB production facilities in that region as a substitute for plywood.

“On the other hand, Russia has a huge potential resource of logs which have traditionally been exported to North Asia and, to some extent, Europe. This supply will dwindle as Russia implements strategies to add value to its forest resources by taxing the export of logs. This will also present opportunities for establishing plywood and OSB production facilities in Russia with a view to supplying domestic and export markets.”

BIS Shrapnel Forestry is forecasting strong growth in prices as the global economy moves into an upward phase. Over the five years from 2011 to 2015, plywood prices are expected to increase by an annual average of between 6-8%, and OSB prices between 11-12%. The price increases will be driven by much stronger demand in all regions. OSB producers could be caught short when housing construction moves into a stronger upward phase over the forecast period, considering the many plant closures in North America over the past five years. “Upward pressure on prices is also expected to come from rising input costs as companies voluntarily, or are forced to, shift to more stringent emissions standards,” says Neufeld. 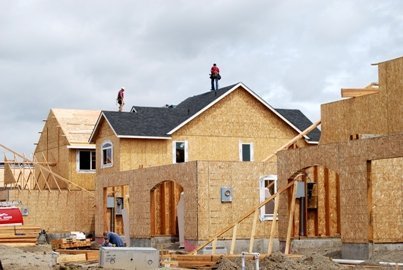