The landscape for personal protection equipment appears to be slowly changing, with closer links now being drawn between fashion trends and safety.

Sydney-based Trading Downunder was one of the first to bring safety footwear with a fashion flavour to the Australian market when they introduced European safety footwear brands in 2002.

“The market in Australia compared to Europe remains quite conservative” explains Stephen Joseph, General Manager of Trading Downunder. “We are still behind Europe in terms of fashion trends in personal safety apparel. In fact, you could say our tastes remain closer to the United States.

“However, there is a definite increase in demand for safety products for the more fashion conscious, especially with younger generations who want to be seen in work wear that is closer to their normal tastes for clothing, footwear and even eyewear. You could say younger workers these days are seeking a closer match with their personalities.”

Joseph believes it is much easier for European companies to develop fashion-orientated safety apparel when they are operating is such large markets. Compared to sales volumes in Europe and America, Australia is an almost insignificant market. Set-up costs to develop specific products for our market can also be prohibitively costly. Add to that the fact that most safety footwear sold in Australia today is still relatively conservative in its styling, so there is not a big incentive for manufacturers to invest in going too far away from a conservative look.

“The leading Italian brands that we represent, Aimont and Jallatte (Trading Downunder also distributes Bova and Lavoro brands), are part of the JAL group that manufactures over 10 million pairs of safety footwear per annum. Such volume allows development costs to be quickly recovered,” says Joseph.

“Every year, Trading Downunder is given the opportunity to consider at least 50 new styles of safety footwear for the Australian market from our suppliers.”

It is much easier for importers or wholesalers to take on products or designs that are already working in other markets. But this can also be very risky as tastes, trends and cultural differences all vary from country to country.

“I think culture has a lot to do with it, “says Joseph. “I was fortunate enough to work in Europe for over 10 years, mostly with distributors in the construction sector. I was often amazed at the substantial differences in tastes from one country to another and even regions within a country. Whilst some fashion trends seem to have universal appeal, others were simply rejected.

“We in Australia find it difficult to comprehend why Swedish workers maintain a preference for an open-style safety sandal in their subzero temperatures, as much as they find it strange for Australians to wear fully enclosed boots with woollen socks in our warm climate. Conversely, bright red safety footwear is quite popular for Italian male workers and, in fact, very fashionable. Generally, though, that colour would just not be acceptable in Australia for the average male worker.”

It has been an ongoing battle for many employers to get workers to wear safety footwear in areas that you could class as low risk. But with legislation and improved workplace safety practices, it is now a requirement – and companies are now enforcing this. Better looking, lighter and more flexible products coming onto the market have substantially alleviated this problem.

For example, it has often been difficult to get women who work in the office to go down to the shop floor when they have been forced to don a pair of work boots. And although the market is still relatively small for women’s safety footwear compared to men’s, many more fashionable women’s styles are also now available.

The same applies to management; there is safety footwear now available for the executive visiting the worksite that matches perfectly with a suit and tie. There is also no need to take the footwear off when going through airport security, as composite toe caps can now replace traditional steel toe caps, ensuring the footwear is metal free yet still complying with Australian standards.

There has also been a big change in the warehouse and transport industries, where safety running-style footwear provides workers with a much more comfortable and flexible choice in these active work environments, or when workers are standing on hard surfaces all day. Previously, non-safety footwear was reluctantly tolerated. Having employees more willing to comply with requirements through better product choice is a better outcome for both the employee and employer.

“It is difficult to distinguish the Puma styles from the lifestyle sports footwear the Puma brand is famous for,” said Joseph. “A person could comfortably leave the worksite and go to the nightclub and most observers would be none the wiser that they were wearing safety footwear. Even the metal detector would not be activated, as most of the Puma styles have composite safety toe caps and composite anti-perforation midsoles.

“Puma have really done their homework on their product range,” he continues. “They have put a lot of research into market trends while incorporating their extensive knowledge and technology from their sports background into their safety footwear.

“The new Puma running and motorsport safety range now available in Australia is testament to this. Puma has also given a makeover to the traditional elastic-sided boot. The result is a much more stylish product.”

Fashionable safety products do not mean a reduction in protection for the worker, said Joseph. He in fact believes the opposite is the case, with improved materials and technology resulting in much more advanced products coming onto the market. But Joseph feels that Australia’s culture will remain “under construction” for quite some time.

“I don’t see us catching up to Europe in the near future, and it’s possible that there will possibly always be a sizable gap between us. However, the days of only being able to buy heavy uncomfortable footwear, ill-fitting clothing, and safety eyewear that looked like a worker had just emerged from the depths of the ocean are certainly behind us.” 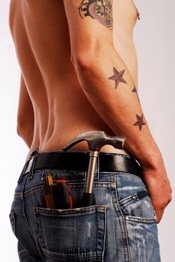