In recent years Wattyl, the nation’s number two paint manufacturer, has been dealt some tough blows for which it can largely blame itself. But Managing Director, Tony Dragicevich, is intent on focusing on what it’s good at instead of dwelling on past failures, reports Mark Daffey.
‘May you live in interesting times’

Tony Dragicevich could be forgiven for thinking this ancient Chinese curse was directed at him. Since October 2009, when he took over at the helm of Wattyl, the nation’s number two paint manufacturer has had to welcome new owners, suffered through a housing downturn and had its entire product range removed from the nation’s biggest hardware chain. Such adversity can determine whether you’re the kind of person who sees a glass as being half empty or half full, and after talking to the Wattyl Managing Director, I get the impression he’s more of the latter. Certainly, he comes across as a man who relishes a challenge. And he’s also a realist, acknowledging that Wattyl has made mistakes in the past. But he’s using those mistakes as lessons for the future.

“We’ve completed a full business review, looking at the things we do well and the things we haven’t been doing so well. If we go back to Wattyl’s heritage it had been the leader in innovative products, but over the past decade or so the company has been focused on reducing costs rather than investing in its products and service offer. I think that in the past when Wattyl has cut costs, it has also lost market share. So a lot of what we’re now doing is maintaining a cost base that is commensurate with our market position.

“A lot of work has gone into making sure we’ve got strong foundations, good people, good systems and supporting our strong brands with effective advertising and marketing. Really, at this early stage, it’s been about taking advantage of the fact that we have a lower cost base but this time around, not losing market share as a result. That’s certainly improved the profitability of the business.” In early 2010, Dragicevich went on record as saying that the challenge for Wattyl was to grow market share after a number of years of decline. Those lean years included multi-million dollar losses, mounting debt levels, takeover offers, merger talks with Taubmans and losing large chunks of Bunnings shelf space to Nippon Paints.

“A few years ago, Bunnings took the decision to derange the Wattyl Interior Design brand, which was a major blow for the business at that point. Bunnings had reasons for doing that; they said the brand wasn’t performing for them,” Dragicevich explains.

“Since then, Wattyl has invested a significant amount of money into the Interior Design brand. We’ve changed the branding from i.d to Interior Design. We’ve launched a new colour palette and chip system, which we’re about to extend, and we now believe we’ve got an interior paint offer in terms of quality and colour that is second to none in the market. Unfortunately, we weren’t successful in getting our interior offer back into Bunnings in the last category review. However the brand is performing well above expectations with the major independents.

“Not getting interior back into Bunnings was extremely disappointing. What came as an even bigger disappointment was to learn that our wood care range – Weathergard and Estapol, two of our leading brands – were to be de-ranged. We’re really struggling to fathom why Bunnings decided to de-range those well performing brands in favour of less well-known brands and weaken its offer to customers.” A few months back, Bunnings went a step further when it decided to cut its ties with Wattyl altogether and de-range two of Australia’s biggest paint brands – Solagard and Killrust – both leaders in their categories. It was a move that hit Dragicevich and his team for six.

“We hadn’t expected that, it doesn’t make sense from any commercial view,” he said, shaking his head. “Bunnings was only about 10% of our business, but it was still our largest account, and a bitter blow in the short term” I ask him if Wattyl’s Valspar connection and its relationship with Lowe’s might have influenced the decision process at Bunnings.

“I think that had something to do with it. We were told by Bunnings that Wattyl was its best performing paint supplier on a year-on-year basis but, less than a year later, we are out the door. Leading market brands, double-digit growth within the account… I will let you work that one out. It is a disappointing outcome for both Wattyl and consumers who, at the end of the day, will now have less brand choice in Australia’s largest hardware retailer.”

During the months prior to the Valspar takeover being finalised, reports in the financial pages of the daily newspapers speculated on Woolworths and Lowe’s involvement. For years, Valspar has enjoyed a close relationship with Lowe’s in the US, prompting reporters to speculate on whether the two had been working with Woolworths to set up a similar arrangement in Australia for Masters. With the deal approved by Wattyl shareholders in September last year, the Wattyl and Valspar teams knuckled down to business, learning how each other ticks and how each can gain from the association.

“We’ve certainly learned how to support a major big box retailer, and the systems around how to merchandise, display product and support stores. Valspar have got very strong capabilities in that area,” Dragicevich says. “Mind you Wattyl has become very capable in this area, as evidenced by winning the Major Supplier of the Year awards at both Mitre 10 and Danks this year.

“The biggest thing I’ve learned through our exposure to Valspar so far is the success it’s had by investing in innovation, being able to take those products to market successfully and then getting the right price for those products. While Valspar has an industrial coatings history, its technology-driven approach has been taken into the consumer paint business as well. Over the past decade, they’ve developed some technically superior products and we’re looking forward to introducing that technology to the Australian marketplace in the years to come. “The primary focus of our R&D in recent years has been how we can take costs out of the product without affecting its performance, rather than on how we can improve the product to generate more market share and better prices for the value that we’re adding. That’s certainly something that I’ve taken out of the Valspar acquisition, and which we’ll be attempting to bring to market over the next couple of years.”

Though the last of Wattyl brands will have faded from view in Bunnings stores by late this year, Dragicevich doesn’t intend to allow them to disappear from sight. “We are totally committed to supporting the independent market, and that commitment includes continuing to invest in our key brands and letting consumers know where they can buy them,” he says.

Whenever one company takes over another, there’s always the chance that the seller assumes the purchaser’s identity. With that in mind, I throw up the question of whether the Wattyl brand might eventually be replaced by Valspar’s. “No, we have no plans of that at all,” Dragicevich says. “The Wattyl master brand, and its key product brands – Solagard, Estapol, Killrust – are iconic brands in Australia. Solagard is the most recognised exterior paint brand in Australia. Killrust is the most recognised brand in metal protection – by a long way. And Estapol is the leader in interior wood care, in terms of its brand recognition. “We’ve done a lot of work to reinvigorate these brands and we’re going to continue to invest in them, not only with marketing and advertising expenditure, but with technology as well.”

With the Valspar takeover and the Bunnings setback, Dragicevich has endured time-consuming setbacks in his plans of getting the company back on track. The recent housing slump and limited investment being made in commercial buildings haven’t helped either, driving overall paint volumes off what they were pre-GFC. But as confidence returns and the housing market rebounds, Dragicevich believes volumes will grow.

“One of the biggest jobs we have in front of us is to improve our trade business,” he confides. “It is the largest part of our company, and an area that is not performing the way we’d like it to. We don’t have all the answers on how to drive our trade area forward yet, but we’re working through the process to make that happen.

“Our point of difference going forward will be our brands, our product quality, and our service to our customers. And with Valspar now owning the business, we’ll be bringing improved product technology to market in a way that we haven’t really been able to do in the past few years.” We can only hope he’s right. God knows Wattyl could do with a change of fortune.MD 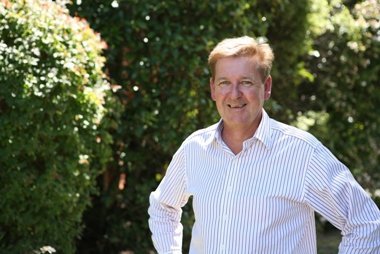