With thousands of paint colours to choose from – many of them similar to each other – could the colour’s name influence how well it sells? Mark Daffey reports.
The names of paint colours can evoke emotions, provide inspiration or provoke reactions. They can also tell a story or prompt a memory. All, according to paint companies, are factors that can lead to sales.

“The colour name adds to the personality of the colour,” says Karen Warman, Marketing Manager at New Zealand paint manufacturer, Resene. “Many of our most popular bright colours have energetic and fun names that reinforce the high energy the colour brings to the colour scheme. “A few years ago, we called a colour Spanish White on one colour chart and we called that same colour a different name – Janna – on another chart. The Janna-named version had only a tiny fraction of the sales of the one that was called Spanish White. Spanish White has become very well known and is now one of our most popular colours. Customers ask for those colours by name time and time again.

“We also had a colour called Resene Drab on our heritage range. While the name was authentic, we used to get customers and specifiers ringing up saying that they loved the colour but they hated recommending or choosing it because when someone asked what the colour was, they felt embarrassed saying it was Drab. We have since changed that colour name.”

Warman says that some of Resene’s colour charts have specific colour themes. She says that its KidzColour chart focuses on names that relate well to children (Cowabunga, Lickety Split, Yabbadabbadoo). Its Exterior Stains chart has trees and nature-inspired colour names (Canopy, Evergreen, Earthsong). And its The Range fashion fan deck tends to have topical names that reflect key trends and influences in the world.

“When Lord of the Rings was launched, for example, Resene released a colour called Middle Earth into that range,” she says. But trends come and go, suggesting that colour names might do likewise. In reality, that’s far from the truth. Middle Earth remains on the Resene colour palette because paint companies would rather not shelve colour names in case it causes confusion in consumers’ minds. The result is that paint companies end up with thousands of colours that can be difficult to distinguish from each other, and that makes coming up with new names a tough ask.

One consistency across the paint companies surveyed for this story is that the names are designed to fit the colour rather than the other way around. The naming process itself, however, can vary. Resene, for example, conducts an annual staff competition to suggest names for new colours, which are then added to an extensive database.

“We look through that list prior to naming new colours and pick out the names that appeal,” explains Warman. “We then see if any of those names match up to the colours that need naming. This works well, but generally you are always left with 10 or so hard-to-name colours that we brainstorm names for.”

With over 6,000 colours spread across Dulux’s portfolio of paint brands, you could imagine it being a stretch for it to always be coming up with new names for colours. Glance at its wall chart and names like Scallywag, Net Worker, Mexican Standoff, Mr Frosty and Pookie Bear (named by a Mr Bean fan?) confirm that thought.

New colours that require a label involve the input of both Dulux’s marketing and colour services technical teams. “These days, with such a huge database, it’s extremely hard. All the obvious names have already gone, which is why you won’t see Blue Sky or Yellow Duckling in new colours,” says Andrea Lucena-Orr, Dulux’s Colour Planning & Communications Manager.

“The colour name can affect the sale, which is why you should always have the name in a positive light rather than negative. Moody Storm, for example, sounds better than Disastrous Storm. “Funnily enough, all of us involved in colour naming use new experiences – such as a holiday – to write a list of things we’ve seen that may become inspiration or actual names for the next brainstorm.”

Dulux’s holiday-inspired colours include names like Tuscan Sunset and Marrakesh Red. Haymes Paint has Montego Bay and Florida Everglades. And Resene’s list of colours named after exotic destinations include Ipanema, Bali Hai, Costa Del Sol, Kilimanjaro and Loch Ness, which it describes as a ‘mysterious rich deep Caledonian green blue.’ On that basis, it sounds like an appropriate choice.

“Colour is a visual choice that is driven by emotions, so a person is initially drawn to the colour and the name is a secondary consideration,” says Wendy Rennie, Concept & Colour Manager at Haymes Paint. “However, it does help if people relate to the name and like it so they can tell their friends. We also want people to react when they hear the name, either in a positive or negative way.”

Waveland, Adventure and Festival Night are all ‘energetic’ Haymes colours that suggest vibrancy and fun, just as Resene has Surf’s Up, Off Piste and Adrenalin Junkie. “We try to avoid purely descriptive names for most paint colours. They just aren’t as memorable as an interesting colour name is,” says Karen Warman. “There are so many reds, blues and greens that have a specific colour name that helps everyone identify exactly which one you mean. If I say the colour Resene Dynamite, for example, Resene staff know exactly the shade of blue-red I mean. However, if I just said ‘blue-red’ there could be any number of variations of what that might be.”

“When we release our new colours every year,” explains Haymes’ Wendy Rennie, “they are named in a way that we hope is reflective of how a colour may actually make a space feel. For example, Haymes Comfort is a warm neutral colour that would be easy to live with and ‘comfortable’. Haymes Spatial, on the other hand, is a very cool light grey and, when used, would help to make a space feel bigger. Haymes Heat is an intense red; red is known to have a high energy impact within a space.”

That doesn’t explain Pitty Pat, a light blue colour in Haymes Expressions range. But it does explain Haymes’ Next Generation paints, all of which have names that are reflective of how a space should feel, such as Smoulder, Calm and Tease. It’s not often you’ll find Red, Blue or Green, though Ultra Blue (Haymes), Too Blue (Dulux) and True Blue (Resene) go close.

“Most people think that the neutrals are the hardest to name, but we find it is the greens,” says Karen Warman. “Because you tend to always think of nature, it can be hard to think of an interesting name that isn’t similar to what we already have. The easiest colours to name are reds, oranges and yellows – we always end up with lots of excellent names for those colours and have to argue over which name fits a colour best.

If Resene’s colour chart is anything to go by, music is the inspiration behind some of its names. Its ranges of blues includes Elvis and Hendrix in an obvious reference to the musical genre. On that basis, Muddy Waters could easily have been a blue instead of the brown it is (and is equally qualified to be). There’s also Cello and Maestro, and Sargent Pepper, Boogie Wonderland and Bossanova. Colours can be clever plays on words (AB Sea, PeekABlue and Well Red) and animals are often used for inspiration when naming colours because they’re easy to visualise. Camel, for example, is both a mammal and a commonly accepted colour. They can be named after foods, particularly fruits such as mangoes and strawberries. Colours named after food can also trigger thoughts of pleasing aromas. Who doesn’t like the smell of freshly baked bread or roast coffee? Name a colour after those and the paint companies would probably be onto a couple of winners.

Resene has in fact got a colour called Coffee Bean. It also has Irish Coffee, as well as Sambuca, Tequila, Gin and Martini – all condiments that paint buyers might associate with fun times. Like the drinks, however, it may not be wise to mix the colours. And definitely advisable is steering clear of combining them with Happy Hour. 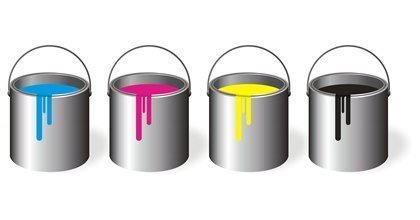