There’s more to concrete than meets the eye. And if you’re selling it, it pays to know as much as possible about it.

Did you know that concrete is the world’s most used building material, ranking behind water as the second highest consumed product on Earth? Twice as much concrete is used in building than all other construction materials combined, with global annual production exceeding five billion cubic metres, or more than one cubic metre for every person on our planet.

Various forms of concrete have been used since it was first developed in Greece over 7,600 years ago. It is believed that concrete and mortar products were involved in the construction of the Egyptian pyramids, and some early Roman structures were built with mixtures containing quicklime, volcanic ash, aggregates and water. Many centuries later in England, this use of quicklime was developed further by John Smeaton and others for use as a mortar. The development of cement and concrete was advanced in 1824, when Joseph Aspdin discovered the method of subjecting limestone with other materials to a high temperature in a kiln. This produced a cement that was eventually called Portland cement – still the most widely used cement today.

How does concrete formulate?

Concrete is a relatively non-expensive, versatile and durable material, all of which go some way towards explaining its popularity. It is formed when sand and aggregates are mixed and combined with cement and water. Cement is the key ingredient, acting as a binder, or glue, while admixtures can augment the concrete to alter its performance and air entrainers enhance its workability. Accelerators and retarders speed up or slow the setting of the concrete.

The formation of concrete is a chemical process that requires the precise measurement of ingredients and the right timing when laying the concrete. The paste that forms when cement and water are mixed together bonds the sand and aggregates by coating each particle and filling the ‘void’ between them. The sand and aggregate do not come in contact and are instead separated and lubricated by a layer of cement paste. The volume of cement paste used determines the concrete’s workability, with more paste increasing flexibility.

Through a process called hydration, a chemical reaction occurs where the paste hardens and bonds all the ingredients. As the hydration process progresses, the cement paste reduces its ability to lubricate the mix, resulting in the stiffening and initial ‘set’ of the concrete. Concrete passes through three stages. The initial ‘plastic’ state is where the concrete is able to be placed and compacted. However, if someone walked on the surface, that person would sink into the concrete.

The second state is referred to as the ‘setting’. This is where the concrete stiffens. Someone walking on concrete that was setting would leave footprints on the surface. The third state is ‘hardening’. This is where the concrete strengthens and improves its durability, which can extend for many years. By this stage, no footprints would be left on the surface of the concrete. To complete a concreting job, it is screeded to the level of the formwork and left to set. In order to achieve a desired affect, the surface may then be trowelled, edged, jointed or patterned. There are also options for colouring, shaping, styling and texturing concrete, and exposed aggregate finishes can be an alternative decorative finish.

Portland cement has remained the dominant cement used in concrete manufacture, though cement production was developed further during the 19th century with the use of reinforcement in concrete. Concrete produced later that century and early into the 20th century used aggregates from easily available sources, such as deposits in rivers and beaches.

A typical compressive strength of concrete was 2500psi to 3000psi and the time period used by early concrete technologists for assessing strength became 28 days. This provided a factor of safety for designers, for concrete continued to gain strength after 28 days by a further 20% or more.

Over the years, concrete mix designs and production have continued to be developed and refined. These changes have increased strength and improved handling and workability properties. And as the natural resources for coarse aggregate and sand have been depleted, the use of crushed materials has increased. Aggregates used in concrete have also become better graded.

Supplementary cementitious materials have been used in concrete and other cement-based products in Australia for 40 years. These products can assist handling and placing, and improve strength and durability. As some of these materials are waste products from other industries, this use reduces the need to dispose of them in landfills.

Admixtures that change setting times have been used for many years. Set retarding or set accelerating admixtures allow control over the setting time of the concrete mixes to allow for variables such as temperature levels, long travel times and slow discharge on workability requirements. Design concrete compressive strength at 28 days has become higher, so much so that concrete mixes with compressive strengths of 50-80MPa are now commonplace (some structures have used concrete with even higher strengths). Along with these requirements, a need by structural designers to better understand other hardened properties has developed. The total amount of cementitious materials in a mix has increased because of higher strengths and improved durability of concrete. Over this period, cement has also become more finely ground because of the need to improve the early-age strength of concrete due to the increasing demand for faster construction times on projects.

How to buy concrete

Concrete can be purchased in three ways:

1) Premixed in a bag, where the user just adds water and mixes the concrete in a wheelbarrow or non-porous surface. As a general rule, up to 12 bags can be used on one job before it becomes more economical to pursue the second option. Sometimes, however, job accessibility is limited, making small bags more convenient.

2) In its cement, sand and aggregate components, which are then mixed with water on the job site. Up to half a cubic metre can be mixed before the third option becomes more viable.

3) Delivered in a truck, where concrete is formulated to a particular strength and mix specified by the customer. The strength of the concrete at 28 days is indicated by ratings ranging from N20 to N50. Concrete rated at N20 will achieve a strength of 20MPa (megapascals) after 28 days. N50 will have a strength rating of 50MPa, and so on.

Packaged concrete sold through retailers is being promoted as convenient and easy to use for small projects, hard-to-access job sites and situations where clean-up may be an issue. There are three major cement producers in Australia – Cement Australia, Adelaide Brighton and Boral (Australian Builders) – with several smaller producers such as Wagners and River Sands (Easy Mix).

Cement Australia is the market leader in packaged (retail) cement and cement mixes. Its range of cement-related products for retail markets includes Rapid Set Concrete for when time saving is required; Concrete Mix, which retailers should promote based on strength, finishing, versatility and workability; and Postcrete, an economic, workable product for setting posts. Differentiation of these products based on their benefits for specific applications is the key for retailers to maximise their margins.

Boral leads the way in decorative concrete products that include various types of stones, textures, patterns, colours and luminescents, all of which were designed with home owners, DIYers and renovators in mind. Adelaide Brighton’s list of brands varies in different states. In South Australia, it sells cement products under an eponymous label. It has fully owned subsidiaries in Western Australia (Cockburn Cement) and the Northern Territory (Northern Cement) and partly-owned subsidiaries or joint venture arrangements in Victoria and New South Wales (Independent Cement and Lime, whose brands include Geelong Cement), and Queensland (Sunstate Cement).

Thanks to Joel Zagami, program manager – product marketing at Cement Australia, for his assistance compiling this story. 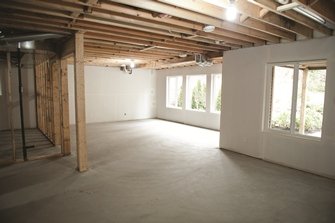