The staging of the annual awards organised by the Hardware Association of Victoria was held at the Atlantic Group Function Centre at the Docklands. As usual, attendees included representatives from all elements of the industry including hardware retailers, supplier and key sales representatives.

It means a lot for the winners of each category, knowing that the work they have invested in both themselves and the businesses have paid off. Owner of Ocean Grove Home Hardware, winner of the Store of the Year (small category) told the local newspaper The Echo that he was honoured to be recognised — for the second year in a row. “We’ve won it four times in the past 11 years, but this is the first time we’ve won it since I’ve owned the business,” he says. Drake believes the store’s variety of stock and standard of service may have helped to place it above its competitors. “We like to do things a bit differently here and have a few unique promotions like the Ocean Grove Frenzy, which supports the Ocean Grove Surf Life Saving Club,” he says. “The judges were impressed with that because it shows that the store gives back to the community…”

For individual winners such as Ocean Grove Home Hardware assistant manager Leanne Hensel, it can mean a type of recognition that is a long time coming. Hansel has been in the hardware industry for three decades and told The Echo that she did not expect to win her award. She described the industry as “addictive” and she loved every minute of her job. “I was very excited because I didn’t expect to win, even though Paul nominated me,” she explains.

The 2011 event program acknowledges the pursuit of excellence in service, business strategy and encourages people who are new to the Victorian hardware sector. It took on a similar structure to previous years and included the following nomination categories and the winners in each one.

The Young Retailer award showcases the achievements, skills and spirit of young people working in the retail sector. The HAV looks to these young leaders to pave a path for others to follow, by demonstration of developed skills, drive and passion within the industry.

Store of the Year

The Store award is judged on the nominee’s performance of customer service excellence, innovation and developing their business to become an employer of choice. In 2011, there were an enormous amount of nominations for the Store of the Year Award in all categories.

Representative of the Year

The Representative award is designed to showcase the people that continue to show (and deliver) high level service and support constantly through their business dealings.

Supplier of the Year

The Supplier of the Year Award is intended to honour a business that constantly strives to provide service and support that ha snot been surpassed but its competitors throughout the year. The can include no limits to the assistance they give to their customers.

The Employee of the Year Award showcases the achievements, skills and spirit of employees working in the hardware retail sector. It also aims to inspire other staff and younger workers to aspire to reach for excellence in their careers. 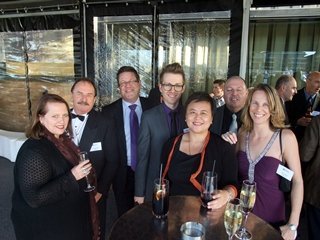