Danks makes no secret of its aim to be the number one trade-focused and DIY convenience hardware player in the Australian market. This clear objective has resulted in a number of strategies that will be implemented in the next twelve months to support its business vision.

That was the clear message by general manager of the Home Timber & Hardware Group, Mark Burrowes, at the company’s annual Major Supplier dinner held recently in Melbourne. Over 200 guests from across the hardware supply sector were given crucial insights into the future projections of the 150-year-old hardware company. It is embarking on the next phase of its evolution with the financial backing of Australia’s largest retailer Woolworths along with the support of US hardware giant Lowe’s.

Burrowes outlined the company’s vision to significantly grow its business with a two-pronged focus on both its traditional wholesale division and its relatively new company store network.

By capitalising on market opportunities and leveraging synergies across the Woolworths home improvement group in areas such as supply chain and support services, the Danks will aim to strengthen its core offer in areas of ranging, service and buying and trade.

Simultaneously, it is planning a significant network expansion from two fronts – trade-focused retail acquisitions and presenting growth opportunities to its independent base.

In outlining its new approach, Burrowes also reflected on the rapidly changing landscape of the hardware industry including trends towards an extended consumer offer beyond traditional hardware, the fragmenting trade market, supplier rationalisation and the effects of generational change driving many independents to consider their future. The night was attended by a wide-range of senior supplier figures including the company’s 31 “Proper Rewards” suppliers – a joint Danks and supplier compliance incentive program with cash rewards for its independent retailers – who were bought up to speed with the integrated strategy and company performance to date.

Danks also took the opportunity to launch the campaign for its major industry event, the 2013 National Conference and Trade Show to be held on the Gold Coast from March 5-7 for the second successive time. The event promises to be its largest showcase to date of everything new and exciting in hardware, and a fitting celebration of the Danks’ progression as it starts to builds momentum with its growth strategies.

Danks is a wholly owned business of the Home Improvement joint venture (JV) between Woolworths Limited and Lowe’s Companies Inc. The JV is committed to building an integrated, multi-format offer, incorporating the big-box Masters platform and smaller retail offer through its Home Timber & Hardware, Thrifty-Link and Plants Plus outlets. 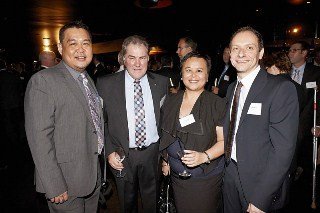