It’s not just in retail hardware that pressure from larger companies is being felt. Construction suppliers have come under similar stress. Construction Supply Specialists (CSS) is a buying and marketing group developed to help out the independents in that sector. It recently celebrated its tenth anniversary at a major event at the National Gallery of Victoria.

There is a real attraction for many in the hardware industry for the “big gear”, the tools and products used in building major construction projects. CSS seeks to provide independent operators who supply that kind of gear a more rational and controlled market in which to buy to their products, benefitting both the membership and the chosen few of the suppliers.

As CSS managing director Jeff Wellard explains, “The idea behind the group is for it to be the facilitator of partnerships and deals, bringing leading-brand suppliers to members and introducing them before formulating strategies, marketing plans and advertising programs designed to increase business for both parties.”

The big point of difference for this group is how they go about choosing suppliers. While some other buying groups end up with a supplier free-for-all, CSS is careful to select the top two suppliers for each category area, and stop at that.

This careful approach means CSS can screen candidate suppliers closely, Wellard says. “We look for market leadership, strong brand awareness in the marketplace, competitive pricing, quality products, and most of all, suppliers who are willing to work with us and not compete against us in the marketplace. There’s a lot of collaboration as the whole business is built around relationships, and building and developing those partnerships.”

These qualities aren’t always easy to find. “There are lots of buying groups in our industry segment now. It’s harder to find companies that suit what we do, that aren’t in another buying group, and that match our criteria,” Wellard notes. As it wouldn’t be much good having great suppliers, but indifferent members, CSS applies similar high standards to who joins the group. It’s limited to businesses that have an actual shopfront and sales representatives.

They need to have been in business for over a year, and to have shown a good record when it comes to paying suppliers. Every one of the members operates an independent business. National marketing manager Paul Davy adds, “CSS is not franchised structure and we see this as one of our strengths. We leave the purchase decisions at store level which enables retailers to operate according to the commercial nature of the region they are in. They can tailor their product offering according to their market needs and are not being told what to stock according to head office requirements.

“Some stores carry industrial ranges of products but primarily our market is the construction market, specialising in fastening products.” About a third of its members service the construction trade including products that help build a concrete wall or foundation. Tools, fasteners, associated products and expert advice are provided by CSS stores to help complete this process. Other members deal with industrial and mining markets.

Support from CSS is constant, and covers areas that go beyond arranging get-togethers with the suppliers. In particular, Wellard says, CSS helps members with marketing, which tends to be a bit of a weakness for many independent operators.

This includes a twice-yearly price catalogue. “If they have specific marketing that they want to do with a particular catalogue, we develop that for them.” CSS will also directly supply sales leads, and provides a network where members can exchange market information. CSS is a recognised brand itself, and members can use the name and logo on their marketing materials. The chief point of the group, however, is to bring members together, and to get those members together with the chosen suppliers. To facilitate this, CSS holds members’ meetings twice a year.

CSS goes beyond these meetings as well. “We assist [members] in developing trade days and having suppliers come along to their premises,” Wellard says. The goal is to supply the support independents need in a marketplace increasingly dominated by larger companies. “These days, you’ve got a problem where the smaller independent operators – such as the hardware store, pharmacy, or newsagent – are under pressure from corporate operations which are cutting into their business. “The role of any buying group becomes more and more important in making sure the independent has a voice in the marketplace, particularly with the suppliers.” Over the next 12 months, CSS plans to relaunch its FAT PIG (Fasteners, Adhesives, Tools Product Information Guide) catalogue and continue to conduct tradeshows at member stores. It will also organise an upcoming conference at Royal Pines Golf Course in Queensland. 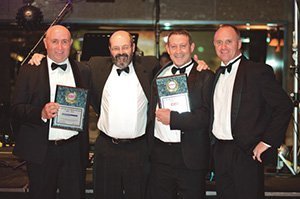