Despite the tough economic situation, where job cuts and competing against cheaper foreign manufacturing add to the difficulties, Sutton Tools hasn’t changed its fundamental business.

Its core activities remain developing in overseas markets, focusing on customers’ needs and reinvesting in technology and product innovations.

As Peter Sutton explained during an interview on the 7.30 Report, “In Australia we employ 350 staff. Interestingly, our biggest export market is in Germany and we’ve been exporting to Europe for around 12 years now, and that’s grown significantly in the last five years. “We’ve always seen ourselves as a global competitor, that if we weren’t able to compete in a global fair playing market, then it was only a short term prospect. So we tend to compete on a level playing field, with the rest of the world.”

In fact, 40 per cent of the company’s products is sold overseas. That’s the result of neither luck nor accident. In 1993, the company began its expansion into export markets, with Peter and Robert Sutton at the helm to drive the company forward. In 2006 the company sold its five millionth drill bit to Germany. In 2010, it established a European office and distribution centre.

Development in Europe has remained on integrated logistics, with warehouses established in Holland, allowing for a high level of service across all products and areas. In Asia, its Asian Distribution Hub is based in Singapore, a move aimed at helping Sutton Tools establish a foothold in the region so that it can explore business opportunities in this market.

Though its achievements are many, the business is not immune to today’s tough climate. The company sees 2012 as being a more difficult year, but it will focus on its industrial and retail strengths and continue to bring greater levels of service and quality to the market.

“We’re not cutting jobs at this point, we’re trying to grow our business, mainly through our export activities in Europe. Comparing yourself and your products and cost against leading manufacturers, wherever they may be, involves a lot of industry research, a lot of travel, and a lot of investment as well to maintain the most efficient plant possible,” said Peter Sutton in the 7.30 Report interview.

Fortunately there are some good things about 2012. This year the company turns 95. To celebrate the milestone, Sutton Tools will be providing a limited edition “Heritage” drill set. Each steel case will be individually numbered and contain a certificate of authority — as well as a scratchie ticket. If a lucky buyer finds the matching 95-year symbols on their scratchie, they’ll win $95 cash back.

While it’s intended to give back to its customers, it’s also a goodwill gesture in what are currently challenging times, according to Sutton Tools’ general manager, Michael Grogan.

He continues to look to the future, however. “We do have more initiatives that we that will bring to fruition over the coming months, but everyone will have to wait and see,” he says.

Doing well to do good
The company has come a long way since William Henry Sutton emigrated to Australia from Britain and opened a tool room at Thompson’s Foundry at Castlemaine (VIC) in 1912.

By 1917, he established the Sutton Tools and Gauge Manufacturing Co. in the Melbourne suburb of Westgarth, manufacturing cutting tools as a wholesale distribution operation.

Robert and Peter Sutton are the fourth generation members of the family to run the business. The brothers have taken care of the day-to-day activities of the company since the 1990s. With Peter leading the manufacturing team and Robert managing sales and marketing, the company combines experience and passion, and positions itself as an Australian champion of local manufacturing.

Sutton Tools is a proud supporter of the Australian Made campaign. The company supports and promotes Australian made products, with the aim to create more opportunities for local talent. “Every dollar invested in products made here benefits our country in terms of factories and offices built, jobs created, goods and services purchased, taxes paid and welfare payments reduced,” Peter Sutton explains.

At the same time, Sutton Tools doesn’t think Government support for industry is always the best way to go. “We’re very self-critical as a company,” Sutton says. “And we are always trying to get the best out of our people and our management. I think having that prop up assistance may, potentially, make a company lazy in terms of its ability to compete.”

Research and development is a part of this core strategy. Its “ground from solid” method and subsequent “Silver Bullet” drill was hugely popular during the 1960s. Another highlight was in 1989 when Sutton Tools purchased Surface Technology Coatings. Previously, any coated tools sold in Australia were imported, so the purchase was significant for driving business growth. The company has consistently invested heavily in cutting-edge research programs over the years, each designed to improve the performance and reliability of its tools.

An example of its ongoing drive to improve and expand is an investment in the Defense Materials Technology Centre (DMTC), based in Hawthorn, Victoria. A joint venture by a number of defence industries and research agencies – such as Sutton Tools – the centre is designed to develop innovation in technology for Australia’s defence capability.

Sutton Tools’ investment helped establish the Advanced Solutions Facility, and in turn the Alicona Infinite Focus Microscope. A key advantage of the microscope is the way it can handle varied tool forms and sizes, thanks to a large vertical travel range. Regardless of the surface finish, components can be measured at every stage during manufacture and development, providing Sutton Tools with new insights in tool development.

“Sutton Tools has consistently evolved to keep pace with a rapidly changing market. Our vision is to be recognised as a global industry leader, consistently providing best value to our customers by bringing to market innovative and productive solutions,” Sutton declares. 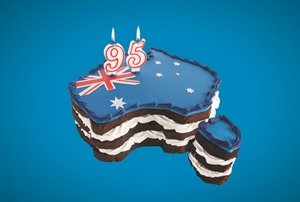