The recent Bunnings expo in Melbourne was significant in the number of highly presentable stands across the 190 participating suppliers. It seems obvious that an enormous amount of effort and thought went into creating the best possible display. The level of consistency in the quality of displays was impressive. Not surprisingly, this is directly linked to managing director, John Gillam’s assertion that merchandising initiatives are a major driver for profitable sales growth. This is backed by comprehensive ranging and training.

In its latest range review, Gillam says Bunnings wanted to avoid duplication and that there is an emphasis on having exclusive brands in a mass-market channel. Despite a reduction in the number of suppliers to its stores, there is the same number of SKUs. The best of its SKUS seemed to be on show at the Melbourne expo with many suppliers exhibiting their new products. A brief tour of the expo with Gillam and general manager – merchandising and marketing, Clive Duncan focused on six supplier and product stands.

They include Kaboodle which currently provide flat-pack kitchen, laundry, bedroom and living room products; the Matador brand of barbecues and outdoor kitchens that are made specifically for Bunnings; Dulux which had a demonstration of its Textures range; Windoware and its line of Sunline window furnishings; Ryobi; and Kincrome which featured its Ultimate Tool Stack. According to Duncan, the expos have been organised for the past seven years for the benefit if its team members. Bunnings also invited about 500 of its trade customers to the Victorian event.

In other news, a Bunnings warehouse complex planned for West Gosford (NSW) has received the green light from Gosford Council. The council has granted deferred commencement consent for the project, subject to an extensive list of conditions to be met by the company. Matters such as roadworks and footways, car parking and driveway arrangements and sewer main relocation need to be addressed before the project can proceed.

Bunnings chief operating officer Peter Davis told Cumberland Courier Newspapers the 17,000sqm warehouse would be more than 50 per cent larger than the existing store in Stockyard Place and represented an investment of more than $40million. “We have been part of the Gosford community for nearly 15 years and the new warehouse will provide employment for more than 190 people and an additional 220 throughout the construction phase,” says Davis. 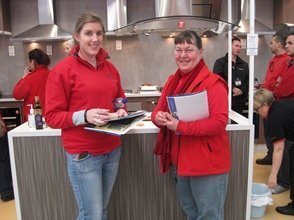