One of the most popular products in hardware is undoubtedly the cordless drill. In Australia and around the world cordless drills sell millions of units annually, and can represent up to 50% of all sales in the category.

Innovation in the category has always been slow. Keyless chucks came about in the 1990s and Lithium-Ion batteries in the last few years have increased the life of the standard cordless drill significantly, but there hasn’t been any huge development over the full life of this tool.

That is until now.

Nine Zero Nine (909) is introducing “Touch”, setting an entirely new directional platform for the development of cordless drills. The objective of the development was to create technologies that ensured the tool could be designed from the outside in, as opposed to the traditional fit of components into the pistol shape approach.

“We wanted a tool with the best grip in its class; this is where it started and it was recognised that the major road block was the traditional copper on-off switch,” said inventor Peter Hosking. “This large component varied by product, so we realised then that we had to replace it with something very special. The result was development of TSG or the Touch Sensor Grip. The grip is a 100%-ergonomically designed gripping and operation area where all of the controls are within easy reach of the user’s fingers.”

Outstanding new technology, borrowed from NASA, allowed the development of a truly intuitive, perfectly sized gripping area. This area could now be the same for every drill, regardless of voltage or task and means infinite speed control in two gear ratios is granted simply by applying pressure on the upper forward Touch pad, or on the lower Touch pad for reverse. Thus the tool is also instantaneous in response.

The next step was replacing the top function gearbox with one that was within the same reach, finalising a product that’s intuitively controlled literally with the palm of the hand.

The product possesses a 4Ah long run time battery, 13mm professional keyless chuck, belt clip, carry strap, and a one-hour charger. Product performance has been found to be up to three times better than the average 12V drill, ensuring development of the category remains buoyant. 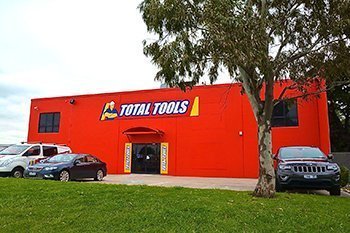 This new approach has brought some added benefits, in particular that future applications for using the technology are endless. The first of the Touch range of products launching globally is the Touch 4Ah 12V Lithium-Ion Drill Driver, and the 12V Lithium-Ion 4Ah Lithium-Ion Impact Driver. These are available for pre-order from Masters Home Improvement in Australia. In January, 909 will also launch a 20V range, featuring additional brushless motor technology lines, and 5Ah battery packs.

Hosking heads up Globalpowerbrands, = an Australian based company that has received global orders for the product with launches in the US, Canada, Sweden and Germany all expected before Christmas. Demand is high for the company and the response to the technology has been overwhelming. Launches in other countries will occur in 2014 as demand is likely to exceed supply in the initial stages.