With summer fast approaching and the 2014 winter season closely trailing behind, Spot-on is now excited to introduce the coming launch of their NOVA GEAR heated jacket range as a further expansion of the trade and professional tool category.

Recognised for quality, reliability, service and price, Spot-on has traditionally focussed as a wholesale provider of laser and measurement-based tools for over 25 years made available through most trade focussed retail stores nationwide. In 2013 Spot-on stepped out of its comfort zone with the launch of the VIGIL inspection camera and surveillance range, with great success so it isn’t surprising that they continued expansion with the NOVA GEAR range.

With a number of different styles planned for 2014, Spot-on will initially launch with a more casual style, followed by the HI-VIS, ski and camouflage models manufactured from the highest quality materials and workmanship. With zip pockets, some models will feature zip-off hoods and sleeves. Sizes are available from M through to 3XL and will be packaged in a zip storage bag.

The first release casual style jacket (finished in a black fabric with bonus fluro protective reflective vest) has three heat settings for optimum comfort; low setting provides seven to eight
hours of use, medium setting with five to six hours of use and high setting at three to four hours of use. These jackets are supplied with a low profile and unobtrusive lithium-ion battery (smaller and neater in size than that of the competitors) and operate via mains or car charger and a unique direct 12v connect cable allowing the jacket to operate without battery and via 12v for prolonged periods of time.

Also scheduled for early 2014 are more products from the NOVA GEAR range such as the 12DC cordless power-tool skin and pack range which will then allow the jackets to operate with Spot-on’s cordless category.

To further assist retailers in promoting and merchandising these heated jackets, Spot-on will be rolling out a display stand complete with twin hanging rails and an embedded LCD screen that displays the benefits of the jackets along with other useful information. The stand also has an attached security cable to eliminate potential theft. 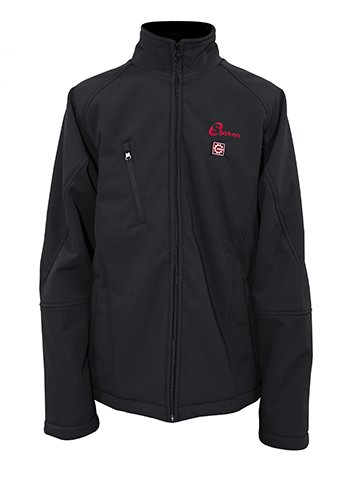 Like everything Spot-on does, there is total focus on quality, workmanship and attention to detail in both supply and retail presentation. For more information, visit www.spoton.com.au or call the Spot-on customer support on 1300 658 338.