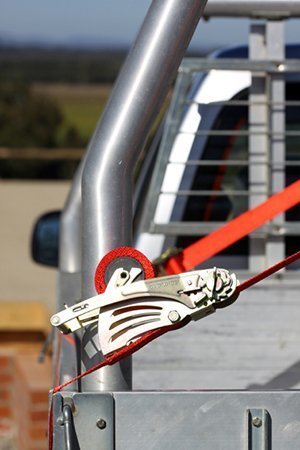 The last few years have posed challenges for retailers of all shapes and sizes, so it should come as no surprise that inventive and entrepreneurial operators have been looking for ways to enhance their businesses – or in some cases, just survive.
Independent hardware retailers, regardless of buying group affiliations, have always enjoyed some flexibility in relation to their buying decisions, with many sourcing product from multiple channels in order to achieve the best outcomes.
But stand-alone hardware stores without any ‘destination’ specialty departments have been doing it tough, and in many cases the best solution is to become, in effect, a ‘hybrid’ store containing a separately badged and marketed paint sub-store, with product supplied by its own buying group.
A good example is the paint buying group PaintRight, which has gained an in-store presence in a number of Home Hardware, Thrifty-Link, and HBT member outlets, as well as unaligned stores, either alongside or inside traditional hardware store footprints.

Approximately half of PaintRight’s 55 Australian outlets exist under these kinds of hybrid arrangements, in circumstances where a dedicated paint-only store would not be viable due to either small local markets, particularly in regional areas, or saturated markets.
“We like to take a non-descript paint department and turn it into a full-on department with everything that’s required,” explains Jason Buttigieg, PaintRight’s group operations manager, who sees great merit in forging stronger alignments with individual hardware stores. “Pricing is better if you’re in the PaintRight group, and by being within the group we market that paint department as a destination, so it will get incorporated into all our marketing – TV, press, catalogues; it gives it a presence with a view to making it stand up as a professional department, not just a part of the shop. Sometimes we can turn a department that’s doing almost nothing into a sellable business… that’s the difference from before to after.”
Over the years, Buttigieg says, PaintRight outlets have been incorporated into a range of existing, highly diverse hardware businesses, including Simmers & Co (Thrifty-Link) in Williamstown, Victoria; two Home Hardware outlets in Bacchus Marsh and Malvern East, Victoria; H Hardware (HBT) in Orange, NSW; and Astleys in Dubbo, NSW; to name a few. In each case, he says, PaintRight has treated ventures on a case-by-case basis, considering elements such as signage arrangements, in-store positioning, and marketing in response to the specific needs of each business owner. Flexibility is the cornerstone of each partnership.

Multiple buying groups?
One of the most important questions to consider at this point is: Can a member of a generalist buying group form an alliance with an additional group like PaintRight without breaching any rules?
According to Buttigieg, there are unlikely to be any contractual agreements preventing an independent store operator from forming additional buying group affiliations. Of course, major buying groups always seek to secure consistent and reliable purchasing arrangements from their members, but, as Buttigieg points out, no buying group would wish to hamper a genuine improvement to a member’s business. This is certainly the attitude of Tim Starkey, group manager of the buying group HBT, which has in excess of 440 members – seven of whom feature PaintRight outlets within their businesses.
According to Starkey, while it is true that most members tend to buy the majority of their supplies via their primary buying group, “our attitude is it’s up to the members to sort out what works best for them.”
Starkey says PaintRight is a slightly unusual case, insofar as its principal paint supplier, Haymes Paint, is also HBT’s principal supplier. However, he points out that numerous other HBT stores have partnered with other paint groups, and the same attitude applies: members should be entitled to do what is best for their businesses.

Do such partnerships weaken generalist buying groups like HBT?
“You might think that,” Starkey responds “but there are a couple of reasons why it’s not actually correct, and they are these: firstly, if a store has made a decision that it needs the marketing strength of a PaintRight – and marketing is something that HBT doesn’t offer – then so be it, that’s fine. The flipside of that, of course, is that it also means stores will join us which otherwise might not have joined us.”
In other words, Starkey says hard and fast rules about mandatory or exclusive purchasing arrangements fail to appreciate the realities of specific store requirements. Furthermore, he says the great flexibility and understanding of the HBT group in this regard is part of its fundamental appeal to members.
“So, our view is that over time it strengthens us to
be flexible.” 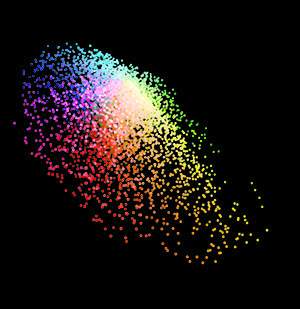 Success through diversity
Forming alliances with groups like PaintRight can make a dramatic and positive difference to the profitability of a business.
Anthony Daniel, director of the 160-year-old hardware business Simmers & Co, a Thrifty-Link store in suburban Melbourne, incorporated a PaintRight outlet into the store three years ago following the closure of a stand-alone PaintRight store across the road.
The move has been so successful that Daniel, now a PaintRight board member, says paint sales now exceed general hardware sales.
“Hardware is what we started with, but hardware now represents probably only 25% of our business,” he says. “If I was to categorise things, paint is probably now almost larger than hardware as a category – if I include trade it definitely would be.”
According to Daniel, hardware stores that have adopted a ‘store within a store’ model for the first time have seen massive increases in their paint business.
“It is very much horses for courses, but for someone who is looking to grow their paint department it is certainly advantageous to look at this type of store model, because you are seen as becoming a specialist in that area. Naturally, it comes down to who’s around you, who does what, where you’re located, what your focus is, etc. But if you’re in a country town and there’s no other paint specialist and you’re just relying on the hardware to do a bit of paint, then this is a way to stand out from the crowd.”
To prove the point: “We got more paint in one day last week than we would have got in two months back five years ago,” he says.
Daniel describes PaintRight membership as a low-cost investment in ongoing success, saying Thrifty-Link membership is considered low, “and PaintRight membership would be a third of that”. PaintRight members, he says, pay a very low monthly fee, for which they receive marketing on several occasions per year, as well as a range of other support marketing services.
“They also get a part of their rebate going towards ‘credit dollars’, whereby they get a statement every month to use on their own marketing activities,” he says. These activities are completely discretionary and can be enacted with group assistance as required.

Specialisation
Daniel says in-store specialisation has clearly worked for his own store, which has also developed a thriving gas appliances and gas heating equipment category, and he is always on the lookout for other niche opportunities in his local area.
“Being able to specialise and diversify is the way forward to survival in a lot of cases, and I would venture to say that most stores that are doing OK, particularly those in metropolitan areas, are diversifying and specialising in another area as well.”
It is interesting to note that HBT, also, has specialised its activities by introducing a new group (Industrial and Tool Traders) catering to the supply needs of 60-odd members in the sector who are industrial fastener and tool specialists.
If you would like to learn more about the potential for a ‘store within a store’ paint department in your business, feel free to contact PaintRight’s head office for more information.