America’s two home centre giants, Home Depot and Lowes, are growing at such a fast pace and are already so large that one wonders how they are going to continue their growth…

Many major markets are already so filled with big-box stores that they may have reached the market-saturation point or be so close to it that future store openings would steal business from existing units. It already is happening in a few cases.

So where is future growth going to come from? Here are some thoughts from an industry observer who has watched the industry grow and transform over the past 40 years.

Home Depot’s new CEO, Bob Nardelli, is going to continue being a major force in the industry. Like founder Bernie Marcus, he is charismatic, and can rally the troops behind him. He comes from a highly disciplined company (General Electric) that insisted on productivity improvements constantly.

He has already demonstrated that he can effect important changes in their company – i.e., commitment to better customer service, upgrading their stores, cutting back rampant growth to focus on making existing stores more productive and profitable.

Home Depot’s 17 new stores that opened in Indianapolis and elsewhere since February this year are most impressive. If they can keep their “look” and the good customer service evident in the opening weeks, they will be most effective. In Indianapolis, the company opened four stores in one day, and face competition from half a dozen Lowes and an equal number of Menard stores. It will soon add two more stores in this market.

Lowe’s big-box format is far superior to the old version of Depot. Though they lack the low profile of Menard stores, they are nonetheless less threatening to female customers.

Leadership style
Looking five years into the future for both Depot and Lowes, where are they going to get their growth? They can go into only so many smaller markets before they saturate them by overlapping each other so that some stores become unprofitable. It seems obvious that Nardelli recognised this last year when he cut back on store openings and said they were going to improve existing operations.

Another option is the Supply contractor store opened recently in Dallas, Texas. Supplying contractors is estimated to be a $276 billion business. That’s a much more lucrative market than DIY by far. From what has been written about this store’s design, it seems to make excellent sense from a layout standpoint. 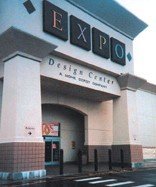 Home Depot is opening two more this year. If these stores prove to be successful, it is likely this will be their next big growth thrust. The Supply stores rely more on every-day sales, unlike Expo Design Centres, which require occasional, really big sales.

Much of what they sell is bought from vendors who supply Depot, so they can exert buying pressure. And competitively, whom are they going up against? Well, probably many smaller companies. W. W. Grainger, a public company selling industrial supplies, isn’t in quite the same business, but if so, this seems to be the only really big competitor, and would not offer “stores” as Depot will.

The other factor is that there is so much second-use real estate available now in the United States because of other retail failures so occupancy costs can be quite low. If the pilot for Supply stores is good, one can expect a fairly quick rollout. It is, however, a major market concept to generate the volume Home Depot wants, and thus might not affect retailers quite as much who operate in smaller cities.

Two other factors are now clear about Nardelli’s management style. He faces up to reality quickly and he doesn’t mind admitting things don’t work out. For example, Depot’s attempt to open a chain of smaller units called Villager’s Hardware was labelled a “test” from the beginning, but industry observers who monitored the performance of the four stores long predicted that sales weren’t strong and would be unlikely to meet Depot goals, but it wasn’t until Nardelli was entrenched as CEO that the decision was made to stop the experiment. And he likewise somewhat curtailed expansion plans for Expo Design Centres, apparently dissatisfied with existing store performance. Some tweaking appears to be going on to improve sales productivity.

The Villager units are being converted to its other new test format, the urban store, a smaller unit which carries less lumber and building materials. The first unit opened this spring in Brooklyn, New York, and the four Villagers stores in New Jersey will become urban units, so the chain will have five test stores soon, plus two others to be opened in the New York City metro area.

Actually, these stores (about 60,000 sq. ft.) are about the size of the original Depot stores which opened in Atlanta more than 20 years ago. They succeeded so well they launched the behemoth that now is Depot. So they might very well work again in dedicated urban settings.

Domestic growth
Lowes has so much room to grow domestically in markets untouched by them so far that they likely will concentrate on big-box expansion for another couple of years. But they are going to have to face the reality that their future several years from now is going to be what Depot is facing currently. Where is growth coming from?

With Lowes’ earlier experience in small towns, where it originated, and its expertise and power in major appliances, it might concentrate on hitting smaller markets with specialty outlets in majors and maybe a refined version of their original smaller stores in smaller markets, applying some of the big-box lessons they have learned so well, in order to make their smaller stores work well.

If Wal*Mart can revert to smaller stores in smaller markets with its “Neighborhood Market” concept, why can’t Lowes?

At some point, Depot likely will want to look off shore for growth, but they will have a tough time. A number of European chains are already multi-national and Depot has not been successful except in Canada. Its entry into Mexico is too soon to judge and not too much of a factor in that rather large economy. It failed to adapt in Chile and pulled out, and pulled out of Argentina when the economy went bad.

Lowes would have all the same problems. European DIY chains are really very sharp operators and are well established everywhere except South America, and they are beginning to go there, so Lowes and Depot, if and when they look offshore, will be perceived (correctly) as a “Johnny-come-lately”.

Operationally, both Lowes and Depot seem to have excellent executives at the top who understand the role of technology, the importance of employee training, the need for improved productivity. Granted, their large size makes it somewhat difficult to achieve the goals they set in training, customer service, etc., but even with some slippage, their efforts in those areas will make performance better than it has been, which poses threats to smaller firms which have relied on better customer service as a competitive advantage.