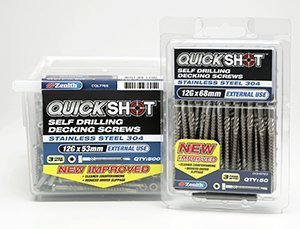 Costco now has five warehouse stores open for business. It sells certain categories of hardware which is part of its broad-brush approach to retail. DAVID BURTON was that the store opening preview.

In November last year, Costco Wholesale opened new stores in Ringwood, VIC and Crossroads Casula, NSW on consecutive days. This now gives Costco five sites in three states. The significance of the two new openings is that it gave Costco a second store in each of Victoria and NSW. Openings in Brisbane and Adelaide will occur next year.

Costco country manager Australia, Patrick Noone, is an Australian who joined the business in Canada and worked his way up to the role of launching Costco in Australia in 2009. He says that Costco competes with many retailers across different channels.

Its compact hardware range pitches them against the traditional and big box hardware offers from Bunnings, Masters and the independents for some items. Although it is nowhere near as substantial in range, it will likely cause sales leakage all the same.

Noone gave examples of who Costco’s other many and varied competitors are. In department stores, David Jones sells upmarket brands like Burberry bags and Nautica fashions. So too does Costco. Want a Rolex or TAG watch without visiting a jeweller? Costco has a limited range of these too.

Mens and ladies fashion? Just visit the tables in Costco’s centre store. Then add the bulk groceries and fresh food departments and you can see where the Costco attraction lies for many consumers.

At Costco’s store preview Noone said “we sell hardware too so you could say that Bunnings is a competitor.” Brands available within the hardware aisles included WD-40, Armor All, Ziploc, Kawasaki, Gentrac and both Duracell and Energizer batteries competing with Costco’s own Kirkland Signature private label. Costco specialises in large packs and the Duracell Alkaline AA batteries were retailing for $22.99 for a 36 pack and $21.59 for a 24 pack. Popular WD-40 with Smart Straw cost $18.99 for the 500gm 2-pack, while a Thorsen 34-piece E-Z Access socket set was available for just $39.99.

Decorative tiles, light globes and torches as well as BBQs and imported hickory smoke chips add to the intrigue of shopping at this increasingly popular style of retail outlet. Costco is also geared up to supply small businesses and trade too.

Categories available included decorative wall tiles, baths, shower enclosures toilets and sinks, as well as a range of Generac generators including a 6,500 watt model selling for $1,079.99. A DIY home renovator or tradesperson might pick these up and stick it on the credit card with the rest of the shopping. Average sales per customer at Costco is northwards of $300 a visit.

A Kawasaki 18 volt cordless lithium ion drill with 10mm keyless chuck was retailing for $113.99. It was the only drill on sale but any sale at Costco is one less elsewhere. Items normally found in a hardware store’s automotive section were also available, but again, with limited choice.

Sure, Costco won’t decimate the hardware segment, but it is turned over approximately $634 million during the last reporting period in Australia from the initial three warehouse stores. Hardware is part of its offer and will continue to be so.

With the Australian hardware market worth $13b (according to the IBISWorld report on Hardware and Building Supplies Retailing in Australia released in October 2013), Costco will certainly pick up a small slice of the pie in a restricted number of categories.

The Costco at Crossroads Casula, NSW is located in the Crossroads Homemaker Centre. This is also home to Bunnings, Bing Lee and lots of other drawcards. In fact Costco and Bunnings are 180 degrees opposite each other on the roundabout that helps shoppers navigate into the centre.

At this Costco, street level parking for 700 cars is adjacent to the warehouse which allows shoppers to buy groceries, fruit and veg, meat and clothing from the Costco Treasure Hunt specials and reach their vehicle for easy access. Other Costco sites such as Docklands, Ringwood and Auburn are on two levels which makes the parking more cumbersome.

When you attend a new store launch and see customers emerging with lawnmowers, kids garden play sets as well as groceries you know you are at Costco store.

Membership is the way to shop

Shopping at Costco isn’t free. There is an annual fee of $55 for a business membership and $60 for a non-business gold membership. One may be an infrequent shopper, but the membership fee may be well worth it as there are savings to be had at the Costco Treasure Hunt bargains. Costco doesn’t release data on its membership renewals in Australia, but in the US the renewal percentage is in excess of 90 per cent.

At a pre-opening media briefing at Casula, Noone said that the site was chosen because of its close proximity to the M7 and M5 motorways made this destination attractive. Although there may be a loss of patronage to the existing Auburn store, as indicated by Noone, the Crossroads store has kicked off with readymade customer base of 20,000.

In Victoria, the new Ringwood store will take pressure off the Docklands store which has been overtrading. The shopping experience at Docklands is set to improve as a result of this.