At the conclusion of HOME Timber & Hardware’s National Trade Conference in Cairns in May, the award for National Trade Store of the Year travelled west to Margaret River.

Margaret River HOME Timber & Hardware was awarded the WA Trade Store of the Year and then went on to be awarded the National Trade Store of the Year. The accolade came down to the extremely high standards set by the store in merchandising and retailing, together with the continual business growth achieved in the face of increased competition in the bustling tourist town.

The store is owned by Lloyd and Anne Shepherdson, who also own a number of businesses in the WA regional town. Their local businesses include two plasterboard centres and a bus company, as well as a local homeware / giftware shop.

Mr Shepherdson’s hardware heritage comes from his family’s saw-milling and merchant background, throughout Margaret River and the South West region. It was from this background that he developed a passion for hardware. In 1984 he purchased the local hardware business, later moving it to the larger current premises, with the original site changing its base offer to homewares and giftware.

Margaret River sits 277 kilometres southwest of Perth and is one of nine designated so-called “Super Towns” under the Royalties for Regions initiative. The initiative is aimed at encouraging communities, in the southern half of the state, to invest in development as WA looks to reach a population target of 4.9 million by 2050.

Margaret River HOME Timber & Hardware is managed by Paul Brown, who after moving to Margaret River about 20 years ago, started working with Lloyd and Anne in their plasterboard company. After 18 months he was offered the role of managing this store. Paul then accepted the challenge of managing the HOME store which he has now proudly managed for just over five years, with very positive results.

According to Paul, Margaret River HOME Timber & Hardware sits on 3000 square metres all up, with the trade centre being around 1000 square metres, and the general shop and garden centre constituting the balance.

There are 30 staff members currently employed in the store, with a good mix of full time and part-timers. The trade split is 65 per cent trade centre to 35 per cent retail. The store is a Taubmans trade centre and paint continues to be a large contributor to total sales, in both trade and retail. The store’s next largest retail department is garden, while power tools and the store’s Makita dealership also prove to be very popular with their customers.

With a recently opened Bunnings and a number of timber centres close by, Paul said hardware retailing remained extremely competitive in Margaret River.

He said Margaret River HOME Timber & Hardware has a large number of builders on the books, however in addition to this, there are numerous tradies that work with those builders who also have their own accounts or the HOME trade rewards loyalty cards.

“This increases the regular customer base for the store. Our store has one of the largest member database of HOME loyalty card users and we see this as a very positive client retention incentive,” Paul said.

The team use initiative to promote sales

Paul believes that one of the secrets of the store’s success is that it has evolved to fit in with changes within the market. One key initiative that kicked off 12 months ago was the development of a new home improvement display area.

“What we were finding was there was a lot of the larger item stock that we couldn’t display properly. So we asked the question, do we want to be a one-stop shop for our builders and our DIY-ers?” Paul said.

“There was a unit vacant, next to our store’s premises, owned by Lloyd and Anne, so I suggested this would be a really good opportunity to use the unit to put some kitchens on display, as well as bathrooms and flooring,” he said.

Paul said that the new displays had been a massive success. The display started out with four kitchens on display, and now they are in the midst of putting in another three at the higher end market.

The showroom offer has already turned over significant dollars in the first year from scratch, according to Paul, who also pointed out the synergies with the offer, which included lighting displays to attract additional sales.

The new display areas not only include kitchen displays, but bathroom displays as well, which should lead to even more turnover over time.

Paul said he had also come to the realisation that a lot of local people actually drove to Perth to buy their stock. He said that Margaret River HOME Timber & Hardware capitalised on this by using the new display area to offer advice on the range available in-store and this new initiative had already paid off handsomely.

When reviewing potential for Margaret River HOME Timber & Hardware to increase its share of the local trade, Paul said he often consults with the local builders and tradies, to assess and support what was happening with trade and retail in town.

When looking at what the store has achieved so far and what it has planned for the future, Paul said he really wanted to pay tribute to the trade as well as all the staff who work within the store.

“They’re a fantastic crew. Trade manager Adam Carter and his team have done an unbelievable job in the last 12 months to win us this award,” he said.

So as the newly crowned National Trade Store of the Year, Margaret River HOME Timber & Hardware is looking forward to another successful 12 months of trading, particularly considering its exciting new initiatives, range and dedicated team. 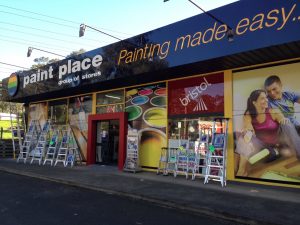