After completing a major refurbishment just three years ago, Fagg’s Mitre 10 South Geelong is reaping the benefits of re-developing its store under one roof and is about to celebrate its 160th birthday.

Fagg’s Mitre 10 South Geelong is now the eigth oldest family business in Australia and Fagg’s Mitre 10 Director, Barry Fagg said big plans are already in place for the store’s 160th birthday celebrations, including the launch of a new book based on the extensive history of the Fagg family business. 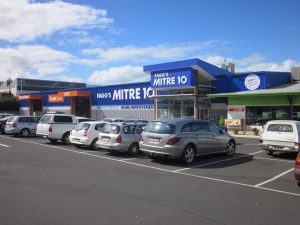 “The family is putting the information and the photos together for the book and so far we have plenty of information. There will be an official book launch in late November and the book will be given out to all staff and those in the industry,” Mr Fagg said.

The 160th birthday celebrations also include hosting over 350 guests in a Geelong Chamber of Commerce event in September, a birthday cocktail party for key customers and suppliers, while customers will also be able to take advantage of some super in-store birthday deals in a November birthday catalogue.

The Fagg’s Mitre 10 group is having a particularly successful couple of years, with the major re-development of its South Geelong store three years ago, the purchase of the Fagg’s Mitre 10 Wallington also around this time, taking over the management of the Mitre 10 Colac store and the recent purchase of Mitre 10 Torquay.

“At the same time as we moved into the re-developed South Geelong store, we bought the store at Wallington, which not only gave us a presence on the Bellarine, but also gave us North Geelong, South Geelong and Wallington, all under the Fagg’s Geelong name,” Fagg’s Mitre 10 CEO Mark Edmonds said.

“More recently Mitre 10 bought the Colac store off the owners and we were asked to manage it on behalf of Mitre 10. Then in July we bought Mitre 10 Torquay. So our vision is to be South West Victoria’s favourite trade and home improvement centre and that’s why we are quietly picking up the other branches,” Mark said.

Fagg’s Geelong Pty Ltd now has over 280 employees, aged 15 to 70, across the group and attributes its success to its impeccable customer service, particularly considering there are four big box competitors within 10 minutes of Fagg’s South Geelong’s front door.

“We pride ourselves on providing great service and every single person who joins us is trained under our customer service program, which was devised by Keith Fagg over 20 years ago, and has been revised and changed over the years. We do this so we know when customers walk in here they always receive great service,” Mark said. 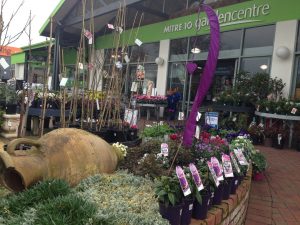 “The customer said two plumbing experts couldn’t help him, because they are used to dealing with tradies not DIY, but one of your young staff members was willing to help. And this customer will return to the store in the future. So this is why we pride ourselves on making sure all our staff are well educated in their area. A lot of it is because staff work with us from a young age and stay with us through high school and uni. Then they move onto their desired profession with great knowledge and people skills,” he said.

“We can compete with our big competition because we care. If someone walks in here with a problem, we’ll sort it out. We say to all our staff during training, that before they say no to a customer – check! Invariably another staff member will have another solution. So the trick is to really solve the customer’s problem,” Mark said.

Fagg’s Mitre 10 South Geelong also ensures each department is represented by a staff member who are specialists within their category.

“So in our paint area we have Faye who has worked in paint for 25 years and is a legend at colour matching, which is why people come from all over Geelong to see her,” Mark said.

Fagg’s Mitre 10 South Geelong has moved forward in leaps and bounds since the store was re-located under one roof three years ago. The business is now one of several joint ventures in which Mitre 10 Australia is involved in – with Barry and his brother Keith and Keith’s son, Mark Fagg also having a share in the business.

The major redevelopment included leasing out the former front building and placing the entire site on one level.

“We decided to move hardware, garden and paint under one roof. We know that tradies don’t like walking in the rain from one section of the store to the other, so we brought everything across to one site. The store is about 50 per cent trade and 50 per cent DIY and we believe we now have one of the biggest ranges of timber in Geelong and it’s entirely under cover,” Mr Edmonds said.

“The surf coast is such a fast growing area, we wanted to have a footprint down there, and the last thing we want to do was see that store become something else. It is a trade store and we have just started revamping the shop and laying it out a bit better to suit the trade,” Mr Edmonds said.

“We have already met with all the builders around the area so all of them know what’s happening and the big advantage is that now one builder in Torquay can use the one account across five branches, which is the big plus for the tradies in particular,” he said.

Fagg’s Mitre 10 ensures it remains incredibly supportive of the local Geelong community, and matches dollar for dollar all employee contributions to the Give Where You Live program, and has commited to the Loaned Executive Program since 1993.

It is this ongoing local community focus, alongside its expanding group of stores and impeccable customer service, which will no doubt continually grow the business in an extremely competitive environment, for another 160 years.