Store owner: The Lavis Family Trust (Peter and Dawn Lavis along with their son Chris) 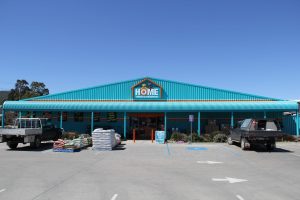 Operating on the same site for over 25 years, Branxton Hardware took over the store in July 2004 and joined the Thrifty-Link group soon after. Since the store’s opening Peter and Dawn Lavis, along with their son Chris, managed to grow Branxton’s sales by over 350 per cent in 10 years, as well as recently opening two additional stores nearby – Scone Home Timber and Hardware and Muswellbrook Home Timber & Hardware.

Branxton Hardware Thrifty-Link is owned by the Lavis Family Trust, of which Peter, Dawn and Chris are company directors. Branxton is primarily a retail store and is proof that Thrifty-Link remains a convenience hardware leader, according to company director Chris Lavis.

“The main advantage we have when it comes to growing our business, is definitely being part of the Home Timber and Hardware Group. The support in business planning, marketing and buying power is second to none. The team we have is also has a major influence on the store’s success,” according to company director, Chris.

“Over the years, and with the support of Home Timber and Hardware, we have continued to implement sustainable business practices and improve our business health, which has ensured we keep growing. This is also while three Bunnings stores and one Master’s store are being established just 30 minutes drive from us.”

“Being prepared for difficult times has definitely helped us in the long run. We were fully prepared to compete with the Bunnings and Masters by improving our product range, marketing plans, store efficiencies and general business health,” he said.

In the past two years the directors of Branxton Hardware have also gone on to open two new stores nearby, creating a successful group of stores in the area.

“The team took complete control of the Branxton store while Pete, Dawn and myself set up the Scone store. It’s a credit to the quality of people we have that we could all be away from the Branxton store and not have to worry about a thing,” Chris said.

“I realise that we trade under three different names, however these two other stores are only successful due to our Branxton Store and the opening of these stores would not have been possible without the support of the Branxton team. Maintaining a positive approach and not being afraid to try new things also ensured profitability. We work closely with our Home Timber and Hardware team to make good decisions which have all paid off.”

“We have also created a very family orientated team who are always willing to go the extra mile and give every customer a memorable experience. We are all excited about our industry and the products we sell which makes the process very rewarding,” he said.

“It is said that ‘luck is when a well organised plan meets opportunity’. We try to be prepared for opportunities and make sure we are always in a good position, so we can react to changes in our market and environment. However, remaining positive has certainly been the key,” Chris said.

Since expanding to the other stores, the director’s roles have changed within the day to day running of Branxton. Peter Lavis looks after the general maintenance of machines etc. while also ensuring he is on hand as required and he is known for his ability to overcome and achieve even the most ambitious goals.

Dawn runs the administration office, while Chris is often tied up at Scone and Muswellbrook, but also assists with merchandising, ranges and general sales at the Branxton store.

The Branxton store has a trade-retail split which is close to 20 per cent trade and 80 per cent retail. However, this may change as management expands its trade building materials offer to provide a greater trade offer for both trade and serious DIY’rs.

Another major strength of the Branxton store is that it places a large amount of importance on the education of the entire team, according to Chris.

“From product knowledge, sales skills, marketing and business management, we try to empower our team to have the confidence to make decisions and develop through education. Providing a real family atmosphere at the store certainly creates a great environment and our enthusiasm often spills over to our customers who sometimes simply call in to catch up with our team, hear a joke or have a good chat,” according to Chris. 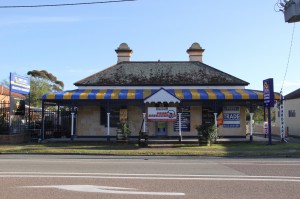 It seems that the focus on training at all three stores is paying off, with several staff members either being nominated or winning a number of awards in recent times and the Scone store going on to become the NSW Trade Store of the year this year.

“Emma’s title is varied and some of her responsibilities include managing the entire WHS program, team education, trade marketing, accounts payable, IT support, office admin. It’s also not unusual to find her on the floor sweeping, dusting and even loading timber,” Chris said.

“Emma is a valuable team member not only because of the maturity she displays, but also her knowledge on how to ensure work is a great place to be. She has an envious ability to understand the industry in every aspect, which is amazing considering this can take someone many years to achieve. It helps that she is married to a builder, which gives her a great insight into what our key customers want from a hardware store and she has the confidence to deliver what customers need,” he said.

Branxton Store Manager Liam Collier also won NSW Young Retailer of the Year for the Hardware Association. Liam is well known for his amazing ability to build relationships with his customers and his business maturity and enthusiasm is far above his age and led Liam to earn the role of Branxton Store Manager in 2012.

Chris said he believes the group has such quality young retailers within his store due to two major factors.

“Our older and experienced members are very helpful in educating new team members and act as great mentors to help them develop into confident retailers. We also offer traineeships for all members and ensure our suppliers keep our team up to date with new products and advances in the industry,” according to Chris.

“Having a great group of young retailers who all have some experience in the industry in various forms has created a very vibrant and enthusiastic atmosphere at all our sites. It’s very rewarding to witness our young team members serving our customers with a high level of confidence, while also creating a memorable shopping experience for our customers,” he said.

Branxton Hardware will continue to move and change with the times. It recently removed its landscape supplies to create room for a greater offer of trade building materials, while also adding an auto accessory department which has improved sales. The store has also just expanded its garden centre which was relaunched in September.

“We really could not have achieved all we have without their support, enthusiasm, knowledge and guidance from the Home Timber & Hardware Group. From the general manager, business managers, its support, enquiries, marketing department, right through to the warehouse and delivery team they all perform their jobs with our best interest in mind,” Chris said.