It might seem a little odd calling a 96-year-old retail outlet a “trendsetter”, but that is exactly what Coates Home Centre is. In recent years the business has developed into a self-determining, fiercely local enterprise that draws inspiration from international business practices. While maintaining its traditional image as a premium Lithgow hardware store, it also manages to deliver some powerful surprises.

What are some major points of difference between Coates Home Centre and other hardware stores? Well, the business has a website that (surely) is without equal in the retail sector; it refuses to be enticed by the attractions of group marketing; no single department is stronger than another; it is equipped throughout with the latest computer Intranet services; it features a unique “Preferred Customer Card” loyalty system that is highly advanced and easy to use; and staff must have a sense of humour: “If you haven’t got a sense of humour you don’t last at Coates.”

Most importantly, Mike was actively involved in establishing the Heavy Building Traders (HBT) group, of which he remains a proud executive and retail member, and he has used his extensive experience to help shape HBT and refine the benefits that he and fellow members receive from it.

Coates Home Centre can trace its beginnings to 1906 when Mike’s great-great-grandfather Charles Moore started a bush mill near Hampton. The mill operated until 1971 when it was supplanted by a self-service hardware store – the first of its kind in country NSW.

HBT
These days, the business is located on 5,500 square metres of land outside the Lithgow town centre, servicing 20,000 permanent residents whose main occupations are in the coal mining, power generation and light manufacturing industries. There are 12,000 product lines in stock sourced from 500 suppliers. 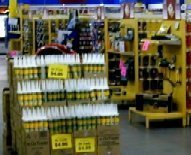 Despite the store’s long history, Mike has been keen to implement change since he and his wife Lisa took control in 1994. His first step was to leave the group to which the business belonged and create HBT with 16 other founding members.

“We were really going backwards under the old system and I felt I had to do something,” he says. “It’s important to have the buying power of a group, but so long as I’m involved in HBT there’ll never be a push towards group marketing, catalogues and the rest. We are a buying group, and our only other function is simply to pool ideas to do things better.”

Mike therefore has full control over how the store is advertised and marketed. A quarterly newsletter is sent to clients and published on the store’s website, and campaigns are run using TV, radio and the newspaper. In addition, some catalogues are produced for selected departments through Greengold and 3D. The website is not an ordering system, however it is an invaluable marketing device accessed regularly for its newsletter content, featured new products, tips ‘n tricks, “In The Garden” column and other items of interest. It also contains a price list of the store’s recently established tool hire service.

Customer cards
The Preferred Customer Card is another winning innovation. Every $100 spent by a client earns $5 towards a Christmas kitty. There are monthly special discounts on selected items for car holders, and members are also in the running for a power tool prize offered each month. 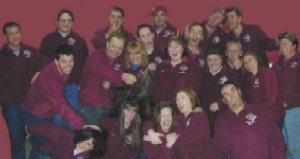 Additional benefits are granted to “Business Friends”. These deals supplement an already generous pricing policy that agrees to match any competitors’ price.

The customer cards, membership lists and website updates might seem overly time-consuming chores in a store of 26 employees, but the in-house computer systems are more than up to the task.

“We use Computakey for our business software,” he explains. “We also have an NT system from which we run our internal mail, group scheduling and company Intranet. We also have our own Web server and host our own site. We are a very computer literate operation; everybody has e-mail and Intranet access.”

According to Mike, all staff members are competent with computers, and he is ready to expand the electronic business systems at any time. “We set up the website, for example, because we wanted to be in on the ground floor (of e-business),” he says. “If it develops into something more than its current form, we’ll be ready because we’re familiar with the whole set-up already.”

Given the diverse nature of the electronic and traditional marketing methods generated in-house, the business has won a loyal clientele from a wide cross-section of the community. This means all departments are equally well favoured. “No one area of our business is a standout,” says Mike. “We sell building supplies, hardware and we have a garden centre that has recently undergone expansion.”

Having a mixed client base means all departments of the store “earn their keep” and remain active, constantly evolving entities. There are no “quiet spots” on the floor. All this has created a healthy balance of trade and consumer clients, which currently rests at 35% trade. DIY customers have helped push up the proportion of account customers to 55% of all business.

Finally, Mike has made sure that he is surrounded by high-quality staff. As mentioned, good humour is an essential prerequisite for employment, as is computer literacy and sound “people skills”. “Service is everything,” he said. “People really don’t care about how much they pay if they enjoy the shopping experience.”