Hardware stores and home centres in the Mid-West of America are finding that privately-owned hypermarket giant, Meijer, is not a short-line, cherry-picking competitor but an aggressive, full-line competitor…

Meijer, which pioneered supercentres back in 1962, now operates more than 156 giant units in and surrounding major metropolitan markets in the mid-western states of Indiana, Michigan and Ohio. In its basic departments — hardware, tools, paint & sundries, plumbing and electrical — the group carries much broader assortments than do most discounters like Kmart and Target. Its hardlines assortment is even somewhat broader than that of retailing giant, Wal*Mart. 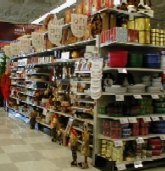 Meijer’s product ranges can satisfy the needs of virtually every basic homeowner and even some tradesmen.

Add in a major commitment to lawn and garden, including a big green-goods nursery, a very substantial sporting goods department and a mammoth commitment to housewares, and the Meijer supercentres are devoting 15% or more of their 220,000 sq. ft. of space to products sold in conventional hardware/home centre outlets. And add in even more space for toys, Christmas and other seasonal categories, and the Meijer hardlines departments rival all but the largest hardware stores or home centres.

Because Meijer stores feature gigantic food sections, the stores generate lots of store traffic — with food shoppers typically in a grocery store several times a week. Although privately owned, it is estimated that Meijer does more than US$7billion in sales, or more than US$45million annually per store.

The firm is an aggressive weekly advertiser, whose circulars always feature hardware, tools, paints and other products, and in season, ads hit hard on garden tools, hose, sprinklers, etc. The chain does not simply rely on the “convenience” factor of being a one-stop shopping experience for its food buyers. The company also is aggressive price-wise, matching any advertised price of any other retailer so, in effect, competitor’s advertising supplements their own.

Meijer supercentres are devoting 15% or more of their 220,000 sq. ft. of space to products sold in conventional hardware/home centre outlets

It’s true its assortments of lighting fixtures, ceiling fans, etc., don’t come close to the range offered by Home Depot and Lowes. However Meijer’s product ranges are more than ample to satisfy the needs of virtually every basic homeowner and even some tradesmen.

Employees in these departments also have a bit more product knowledge than those typically found in a discount store, though they generally are not as knowledgeable as those in hardware stores or home centres. However, once again, they know enough to help homeowners with simple problems or questions.

Always good merchandisers, in its recently remodelled five stores in the Dayton, Ohio, area, planograms feature more and better cross-merchandising. Irons, for example, are merchandised along with other appliances in the small appliances section, but a small assortment also is found in the hardlines section, alongside ironing tables and pads. These improved presentations, part of a massive remodelling project, are undoubtedly going to find their way into the other Meijer units.

As another example, toilet seats, faucet handles, glasses and other bathroom items are merchandised in a second part of the store together with bath towels. Some towel holders are also cross-merchandised there.

Home Depot sales
Despite Meijer creating increased competition for home centres, Home Depot faces a problem every maturing business faces — how to maintain a high rate of growth as the company reaches maturity. Wal*Mart developed the supercentre concept and added food to fuel its growth. 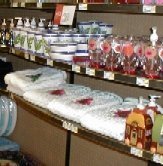 Bathroom items are merchandised in a second part of Meijer stores

Now Home Depot, America’s second largest retailer and biggest home center chain in the world, is facing the same problem. With more than $54 billion in sales and some 1,500 stores, the days of 25% annual sales growth are far behind. Even maintaining double-digit growth is difficult as the company saturates metropolitan markets. The company has candidly admited it will not meet its projected 3-year forecast of 15-18% growth for 2002. This contrasts with its previous 3-year growth averaging 21%.

While growth has slowed, under Nardelli’s leadership and his new efficiency measures, profits are increasing at a higher rate than sales. What is Home Depot planning to continue its growth?

It is testing a new store concept called Home Depot Landscape Supply, which is an extension of its existing lawn and garden business. It has three test stores in Atlanta whose preliminary results far exceed company expectations.

The company moved into major appliances aggressively and already is the third largest appliance retailer in the US, lagging Sears and home centre competitor Lowes. By the end of 2003, every Depot store carried a full fledged appliance department. Same-store sales gains averaged 37% in major appliances last year.

Depot plans to install self-checkout stations, now being used in supermarkets and supercenters, to make checking out easier and faster for customers. (See last month’s issue)

Irons are merchandised in the small appliances section, but a small assortment also is found in the hardlines section, alongside ironing tables and pads

It has opened several smaller stores (about 60,000 sq. ft.) in urban markets, and converted its four test hardware stores to the new urban format. If results are satisfactory, this format will enable the company to enter smaller cities as well as to penetrate into cities, instead of ringing major cities with suburban locations. Its 50 Expo Design Centers already tap the growing installed-sales and higher quality product market. For example, the Tool Rental program now caters tradesmen with professional-quality tools as well as equipment for the DIYers’ occasional use.

Depot has purchased a floor installation company and has indicated plans to expand this activity so it can both sell and install flooring. It has also been exhibiting in national builder and remodeller shows in order to increase its business from professionals, tradesmen and builders/remodellers. It has opened store formats to test stores solely devoted to professionals — contractors and tradesmen

The company also operates a maintenance business to tap the market for building/apartment repair, janitorial needs and other maintenance. It recently bought and has since expanded a chain in Mexico, supplementing its successful Canadian and Puerto Rico divisions.

And, with $4 billion in cash on hand, it is always possible that the company will buy another firm — either a domestic competitor or an international company. There has been much speculation recently that it is eyeing Kingfisher, whose two home centre divisions are B&Q, the UK leader, and France’s Castorama.