Michael Hutton explains how to maximise the benefits of superannuation… 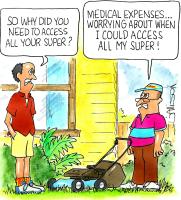 Recently there has been continued tinkering with superannuation rules and regulations by the government, making superannuation even more complicated. However, the changes over the past five years have mostly been beneficial for people wanting to build wealth to self fund their retirement. Indeed, superannuation is now a more attractive tax advantaged investment vehicle for a family’s retirement savings than ever before. It is certainly the most tax effective structure for Australians to use to accumulate wealth. The major drawbacks that held back acceptance of superannuation in the past, such as lack of accessibility and lack of control, have now been substantially removed.

The most positive changes in the last five years are:

Choice
From July1, 2005 most employees can specify their preferred superannuation fund, including a self-managed fund.

Imputation credits
From July 1 2000 the Australian Tax Office refunds imputation credits that exceed the tax payable. This is particularly useful for superannuation funds due to their low tax rate.

Surcharge
After reducing the surcharge rate in the past few years to a maximum of 12.5%, the government has now completely scrapped the surcharge from 1 July 2005.

Under 65 year olds’ contributions
From July 1, 2004 a person no longer needs to be gainfully employed in order to make contributions to a superannuation fund as long as they are under age 65. From age 65 it is necessary to be working in order contribute.

Co-contribution
Low income employees (earning less than $28,000 pa) who place $1,000 of undeducted contributions into their superannuation fund, will receive a $1,500 contribution to their fund from the government.

Splitting of benefits
From December 28, 2002, it became possible for the Family Court to direct the superannuation trustee to split a superannuation benefit. The split amount can then be placed into an account in the name of the spouse who has been assigned part of the benefit, either within the fund or rolled into a new fund.

Transition to retirement
From July1, 2005, it is possible for people over age 55 but still working, perhaps on a reduced basis, to access part or all of their superannuation as a pension.

Pension reasonable benefit limit (RBL)
From September 20, 2004 a new pension, the Term Allocated Pension (TAP), became accessible and measured against the higher pension RBL. The TAP allows individuals to retain control over their capital (as per an allocated pension) but the pension is not commutable to a lump sum and the annual pension payments are not flexible.

Splitting contributions
Although legislation has yet to be passed by Parliament, it is proposed that employer contributions made after January1, 2006, can be allocated to the superannuation account of a spouse of an employee if that employee so elects. Similarly, personal contributions which are tax deductible can be made on behalf of a spouse, and the contributor will still be able to claim the deduction in his or her personal tax return.

Other changes
There have also been other changes to superannuation, some beneficial to fund members, others not so beneficial, over the past few years. The general thrust of these changes has been to make superannuation even more attractive. Unfortunately, the ever-changing rules do make a complicated situation even more complex. It therefore takes skill and knowledge to work out the most effective approach to suit the individual circumstances of any fund member, and the benefits of such advice usually outweigh the costs involved many times over.

Using Super as a Retirement Planning Vehicle:
New superannuation rules mean that from July 1, 2005, people who have reached ‘preservation age’ can take some or all of their superannuation in the form of non-commutable income stream without having to retire. For people born before July, 1960, the preservation age is 55, scaling up to age 60 for those born after June 30, 1964. A non-commutable income stream is a pension or annuity that cannot be cashed out as a lump sum while the person is still working. Such income streams would include popular pension products such as an allocated pension or a market linked pension. The pension payments are usually eligible for a 15% tax rebate. Moreover, workers who have semi-retired on a non-commutable pension can access their capital when they are fully retired or turn 65. Alternatively, if they decide they no longer need the pension payments, they will be able to stop their pension and roll the pension capital back into superannuation to keep accumulating until retirement. A person over 55 can salary sacrifice into superannuation whilst receiving a non-commutable pension to make up for the reduction in salary. Tax savings are generated by replacing income tax with contributions tax and receiving a pension that is entitled to a 15% tax rebate. Moreover, the earnings in the superannuation fund paying the pension are tax free to the pension fund. Professional advice should be sought before undertaking any of these strategies as the ATO may view them as in breach of the anti-avoidance provisions of the tax laws.