Australian Made is worth promoting

Australian Made is worth promoting 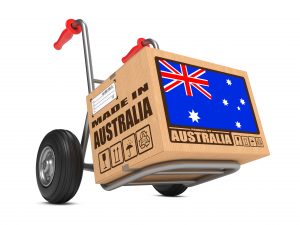 Following the Australia Day holiday a look at support for Australian made products is timely, according to AHJ reporter, David Burton.

As a hardware store or building supplies specialist do you support locally manufactured products?  It is an easy question to ask but one with a complex series of options. It comes down to the level of availability of Australian made products in our industry sector; and then, are they priced reasonably enough for the average hardware shopper compared professionals who need top quality tools and consumables.

Whilst it is an entirely different channel, the supermarket segment demonstrates consumer attitude on seeking out Australian made items. When shopping for groceries and when also considering label information, 60 per cent of consumers look for Australian Made while 56 per cent of consumers seek information on whether or not the product is Australian Owned. These figures are sourced directly from a Colmar Brunton Shopper Pulse survey released in January 2015.

Australia’s hardware retail trade is proudly Australian….mostly. Wesfarmers is the sole owner of Bunnings, while Metcash, a fully listed Australian business, owns the Mitre 10 business  – which consists of a large number of independent Australian retailers.

So with all this ‘Australianess’ in the retail section of the industry the question is do we support Australian Made. The answer is a less than equivocal ‘yes and no.’

It’s the Aussie thing to say “let’s buy local, let’s support Aussie business”. Yet, this is easier said than done as we have lost our vehicle manufacturing and sold many of our iconic brands offshore. This is not necessarily the fault of retailers, who get locked into price wars and need to satisfy punters with a less disposable income in their wallets.

There is also the question of manufacturing competiveness and local firms usually have smaller production runs, unless they have cracked the export market in which case ‘Australian Made’ is bought off shore.

And then there is the recently signed Australia China Free Trade Agreement (FTA). Commenting shortly after the announcement, Australian Industry Group (AIG) CEO Innes Willox said, “Manufacturers have mixed feelings about the pending China-Australia Free Trade Agreement. Many are hopeful that an FTA will help them meet their export and investment ambitions by making the large Chinese market more accessible and less of a risk to their intellectual property.”

“Others are looking forward to boosting the competitiveness of domestic manufacturing, by allowing them to source cheaper inputs from China. However, many also are nervous about the serious risks of a sudden loss of competitiveness and greater exposure to unfair competition in the domestic market,” Mr Willox said.

At this point it is worth noting that the Australian dollar is on a downward trend. Should it reach the magic 70 cent level against the ‘greenback’, the cost of imported Chinese hardware, as well as other imports, will no longer be as attractive. 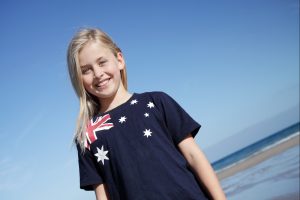 A number of licensing arrangements, such as the Australian Made logo, are available for companies that are prepared to pay to promote their Australian status. The licensed logos are then listed on company websites and are mentioned in despatches, when the spotlight is turned on Australian goods and services.

There is a difference between purchasing intent and action and while most of us say we will buy Australian, when it comes time to make a decision the intention does not always translate. Still maximum promotion of Australian heritage is to be encouraged.

Among the hardware supply companies listed under that category on the Australian Made website, there are just 29.  These firms supply, among other product groupings: tools both general and cutting, safety equipments for working at height and lapidary supplies.

The home renovation category includes building supplies, paints and coatings, plus gardening supplies, where products such as AK Reels retractable hoses are featured. Whilst not all the products on the Australian Made site that have a possible hardware connotation will be found in most hardware stores, it is worth checking out just who is producing goods in Australia over a ten minute coffee break.

By contrast the Australian Hardware Journal Supplier Directory has hundreds of suppliers listed, many of whom are Australian but don’t subscribe to the Australia Made logo. Australian Made membership has its costs, and sometimes just being Australian and being made here is enough for manufacturers to ignore such groups and hope for consumers to notice their heritage.

The iconic Hills Hoist business could lose some retailers

You don’t get more Australian than the Hills Hoist. It was often one of the only familiar features in new suburbs that sprang up across the country from the 1940s. However, Woolworths has signed a licensing agreement for up to 19 years that gives it exclusive rights to the Hills heritage brand including more than 240 products such as clotheslines, clothes care and garden sprayers.

Under this arrangement, Hills will receive income from the use of the brand and intellectual property by way of an annual licensing fee that has the potential to increase if product sales exceed agreed levels and products will be marketed and distributed exclusively by Woolworths.

Masters, Home Timber and Hardware and BIG W customers will now gain access to Hills products at lower prices, according to Masters CEO Matt Tyson. So, competing retailers and wholesalers have a choice to make.  Support an iconic Australian product and deal with a competitor, or promote alternative brands to its own customers possibly made offshore.

This situation is sure to play out over the coming months and it will be followed by AHJ as we track support of Australian products over the next 12 months.