Bayswater Timber Mitre 10 was the recipient of the National Trade Store of the Year Award earlier this year, however, it isn’t the first time the store has won a prestigious award. 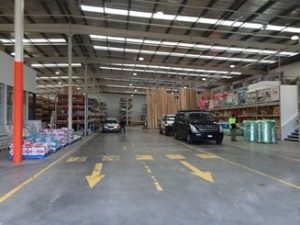 Winning the award in 2011 and 2014, Bayswater Timber Mitre 10 also won the Mitre 10 Victorian Store of the Year Award in 2011, 2012 and 2014, after consistently producing outstanding standards on its trade offer and throughout the store. In the lead up to the awards, Mitre 10 judges visited the store without notice and assessed the business on a variety of components, including customer service and presentation.

The wide range of building, trade and garden materials available at the store are just some of the winning attributes which makes the store stand out from others and allows the store to compete strongly with local big boxes.

Just some of the products on offer include concrete stump manufacturing, timber machining and steel reinforcing, as well as timber building supplies, garden supplies and a large hardware shop, according to store manager, Michael Vanderkolk.

“The store also runs a fleet of eight delivery trucks, including cranes and tippers which deliver to all areas, with a lot of our customers having materials delivered from here, in Melbourne’s outer east, right through to the city. We do have a lot of repeat customers, with some accounts being second and third generation customers and a lot of our recommendations are actually made on the building site, when builders recommend us to trades while they are on-site,” Michael said.

The store also has an extensive marketing program, which includes the use of the Mitre 10 catalogue, rewards programs, online marketing, as well as the use of social media.

“Our Mitre 10 marketing programs include Mitre 10 sponsoring ‘The Block’ and we combine this with a strong customer service focus in-store. We actually had the most recent Mitre 10 ads, filmed inside our trade centre, which was exciting for our store,” he said. 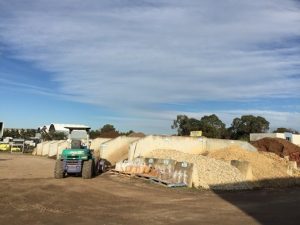 Amazingly the business was established in 1956, by Michael’s grand-father, Bill Vanderkolk and his sons, Frank and Charlie Vanderkolk. The Dutch immigrants started the business by manufacturing windows soon after they arrived in Australia.

“Frank bought out his brother Charlie in the 1970’s, and as the years went by, Frank went on to expand the window manufacturing business into other areas, including garden and building supplies. I began working for Frank in the 1980’s, along with my brother Neil and 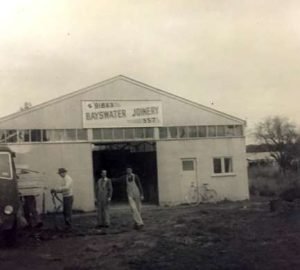 cousins Rob and Derek. Frank and his wife Suzanne still own the business and it has been managed by myself, Neil, Rob and Derek since 2005,” he said.

After joining Mitre 10 in 1992, the store moved from a site just under a kilometre away, to a purpose built shop which was constructed on six acres of land on Mountain Highway, in Bayswater, Victoria.  A garden supply yard was already located on the site, however this was moved to the rear of the site to make way for the large store and under cover, drive through trade area.

Since the store moved location in 2007, the business has grown by 30 per cent, despite a lot of big box competition which includes a Bunnings Trade store less than one kilometre and a large Bunnings store in the same suburb.

Despite the stiff competition, Michael said business growth at the store has remained steady over the last two years.

“This steady growth is in-line with current economic conditions and we hope to see the market regain some momentum soon,” Michael said.

The store’s managers also have a wealth of experience, with most boasting extensive backgrounds in a variety of trades. Michael is a former qualified joiner, Neil is a former horticulturist, Derek is a former cabinet maker, while Rob is a former chef.

With a staff of 45, the 6,500 square metre store’s customers are a mix of 65 per cent trade and 35 per cent retail, while the local demographic is also quite varied with a mix of factories, shops and residential pockets as well.

The store is open until 6pm each night because a lot of the builders and tradies, who use the store, prefer to buy supplies for the next day’s job, so they don’t need to load up in the morning.

“There are not a lot of new land releases around this area, due to the green wedge, but the unit and extension market is very strong. Over the years we have found that a lot of trades people like to buy from the area that they live in and this also means we are delivering where they are working, which can be all throughout Melbourne and the surrounding countryside,” Michael said.

“Our biggest areas of sales are our timber and building supplies, along with our general hardware supplies, but we have also found more recently that paint and paint accessories department has also been grown substantially,” he said.

Re-investing in the store

“Another improvement we have made to the store is we have just installed a 60kw solar panel system and low voltage LED lighting throughout the store, to sa 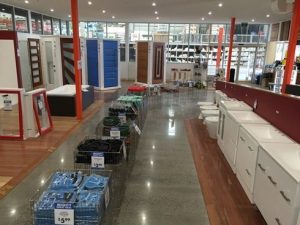 The store also continues to run a number of events throughout the year including tradies breakfasts, where local tradies can spend the morning checking out the latest products on special, throughout the trade centre and the store, while also enjoying a free, hot breakfast.

This and many exciting events are planned at the store this year and Michael said the store also plans to continually improve efficiencies in logistics and operations, in the near future.