The annual China International Hardware Show (CIHS) opened with a buzz of excitement on October 22, and was reported to be a huge success for the three days it was held at the National Exhibition and Convention Center, Shanghai. 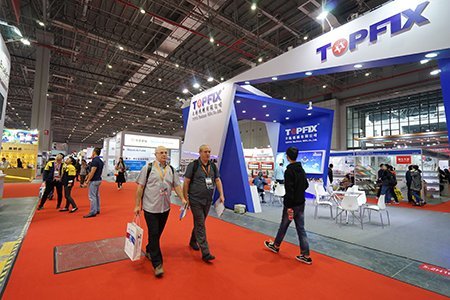 Large crowds flocked through the doors on opening day, with 50,000 visitors, including 5000 in total from over 90 countries and regions, attending the show. National and international visitors were not disappointed, with over 3000 exhibitors from 20 countries and regions occupying the 150,000 square metre exhibiting area.

The CIHS is now established as the world’s second largest hardware show, after the International Hardware Fair Cologne in Germany, with the scale and number of show exhibitors and attendees significantly larger than Australian shows.

Show visitors were a mixture of: buyers, manufacturers, suppliers, traders, exporter/importer, agent/distributor, hardware store/home, centre/department store, builder/contractor/real estate and the general public, with each day of the show bringing in a new audience, keen to investigate the abundance of products.

Now in its 17th year, the CIHS remains firmly focused on accelerating the development of China’s hardware industry, as well as providing access for global hardware manufacturers to growing markets in Asia.

The CIHS is Asia’s top trade fair for the entire hardware and DIY sectors, offering specialist traders and buyers with a comprehensive category of products and services. It is now clearly established as the world’s second largest hardware show after the International Hardware Fair Cologne in Germany, according to show organisers.

CIHS organisers have been striving to create a professional platform of trade exchange and product release for the hardware industry in China, since 2000. During this time, CIHS has successfully accelerated the development of China’s hardware industry and led industrial trends, organiser recently reported.

Show benchmarks
This year, CIHS achieved breakthroughs on various fronts, including the number of visitors and diversity of the exhibits. In particular, the wide variety of supporting activities was met with much enthusiasm from show visitors.

The German pavilion proved to be particularly popular, while buyers also remained quite impressed by the Taiwan and Indian pavilions, as well as exhibitors from the US, Japan, Italy and Hong Kong.

Tens of thousands of trendy and practical products, new arrivals, cutting-edge technologies and advanced equipment were showcased at the event. Visitors experienced first-hand leading technological innovations, business concepts and service
models from home and abroad over the three day show.

The show’s new ‘match and meet’ program was launched for the first time this year to assist visitors in establishing effective business partnerships and enhancing the value to exhibitors.

The new program worked by pre-matching sales objectives of exhibiting companies with procurement needs from registered visitors. To encourage participation, a VIP lounge and food and beverage area were set up at the show, creating a relaxing environment for business meetings.

Buyers from major retailers welcomed the initiative and reportedly said they easily finalised their orders at the event.

As a special highlight, the 54th IHA Congress was also held in Shanghai just a few days before CIHS 2017. The congress focused on new situations, trends and demands of China and the global economy. At the same time, new concepts, practices and opportunities for the future were also presented. More than 500 hardware professionals from countries such as the US, Japan, France, Germany, England, Italy, Sweden, and Australia were in attendance.

Updates on the various retail markets worldwide were delivered among others by Mr Bill Lee, Chief Executive Officer of NRHA; Mr Ray Baker, Secretary General of EDRA; and senior executives of Alibaba.

The very popular Living Kitchen Expo was also held in nearby pavilions, during the show, giving visitors the opportunity to easily visit a show which marries well with the hardware industry, given larger hardware stores often boast kitchen departments.

Ninety-one per cent met relevant customers onsite, 81 per cent rated the prospects of follow-up business as comfortable to very good, while 93 per cent will return to CIHS next year.

One show participant gave the following testimonial at the conclusion of the show: “We are a hand tool foreign trade company. We have been to CIHS, Canton Fair. For our hardware foreign trade enterprises, CIHS is more effective than Canton Fair. We can meet more professional manufacturers and products. It is a wonderful platform to find new suppliers.”

Held from October 22-24 2018, the next edition of CIHS will once again be the premier trade platform with highquality
service for exhibitors, visitors and media, while setting new benchmarks for the industry.